'So far we have managed to identify one deceased pupil. The remaining two we are still trying to identify and notify next of kin,' said Lesufi. 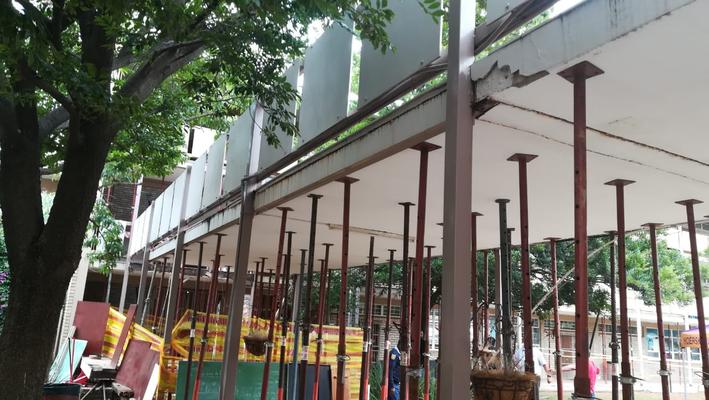 Rescue workers at the scene at Hoërskool Driehoek in Vanderbijl Park after three pupils died when a walkway collapsed. Picture supplied.

The Gauteng department of education yesterday said the Hoërskool Driehoek in Vanderbijlpark, where a walkway collapsed killing three pupils and injuring more than 20, would be closed immediately for safety reasons.

About 26 pupils were injured, including the girl and two boys who died.

“So far we have managed to identify one deceased pupil. The remaining two we are still trying to identify and notify next of kin,” said Lesufi.

He said that counselling would be provided to all pupils, parents and officials on the school grounds.

Lesufi said no pupil would be refused medical assistance, even if they were not covered by medical aid.

He urged law enforcement agencies to complete their work so the bodies of the deceased could be released to the families.

“On behalf of the Gauteng government we send our condolences to the affected families and wish those injured a speedy recovery,” he said. “I would like to thank all emergency services and community members who came to assist.”

The MEC said some of the roads around the school would be temporarily closed and asked residents to be understanding.

“We are doing this for our children.”