The EFF leader says it's not 'the other party' that bravely fought oppression. 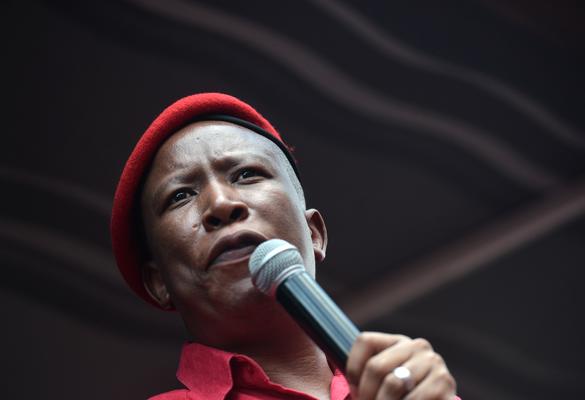 The Economic Freedom Fighters held its Sharpeville Day commemoration event at Dlomo Dam, in Sharpeville, and used the day to remember fallen heroes. The EFF leader said his party refused to call the day Human Rights Day because they were fighting for the rights of black people.

“On Sharpeville Day white people must be reminded forever what they did. The Jewish Holocaust is remembered and called what it is, today black people were killed, killed by white people. We must say it as it is so that our children can grow up knowing the truth,” said party leader Julius Malema.

In his address, Malema said the venue was a monument because the blood of those who were killed during the massacre was washed into the Dlomo Dam.

He praised fallen PAC leader Robert Mangaliso Sobukwe and said it was his party that should have received recognition for fighting against the oppression of black people during apartheid.

The EFF leader further said Sobukwe should have been president because the white government was afraid of him. PAC was the only party that confronted the apartheid government face to face, “not the other party, this is why they’re friends with them even today,” he said.

Malema said if the PAC of the Sobukwe was still here, he would have left the ANC for it because of its clear agenda on creating a better life for black South Africans.

In fact, if Sobukwe was still alive, a lot of things would not have been in the state they are in now, said Malema.

“If Sobukwe was still alive and PAC was the ruling party, there would not be places like Kruger National Park and monuments named after the rapists and racists of the apartheid government.

“If Sobukwe was president, then VUT students would not be fighting for free education because they would have it.

“Where is Sobukwe to see?” said the EFF leader.