Selfless Siya stretches his workload to the limit

The Springbok and Stormers skipper requests that his rest be delayed because of a deepening injury crisis on tour. 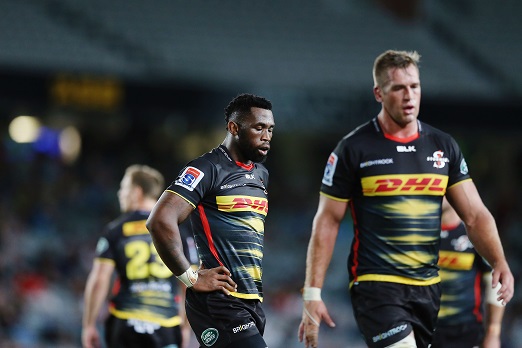 Siya Kolisi of the Stormers reacts during the round 7 Super Rugby match between the Blues and the Stormers at Eden Park on March 30, 2019 in Auckland, New Zealand. (Photo by Anthony Au-Yeung/Getty Images)

Some fitness gurus will be concerned that he’s stretching himself to the limit, but Siya Kolisi has selflessly requested his Springbok-mandated rest be delayed.

All nationally contracted players are expected to be given a week off during the season after five consecutive weeks of action.

But the Stormers’ deepening injury problems on their current Super Rugby tour is proving to be a mitigating circumstance.

“At some stage he’ll have to miss a game,” assistant coach Dawie Snyman said out of Brisbane on Monday, where the Capetonians take on the Reds on Friday.

“But he told us immediately after (last weekend’s) game against the Blues that he wants to keep playing. We’re losing a bit of experience among the forwards. As captain, he keeps the pack together. We’ll continue talks on when we could rest him.”

Team management had confirmed earlier that the Springbok duo of Eben Etzebeth (calf) and Pieter-Steph du Toit (paternity leave) have returned home, while Wilco Louw isn’t a picture of health either.

Etzebeth’s absence is of particular concern given that the influential lock can’t seem to shake off regular niggles since the major arm and shoulder injuries he suffered at the end of 2017.

Yet Snyman believes fears over his long-term fitness are unfounded.

“Eben definitely won’t be ready for the next two games. It’s not too serious. He has a bit of history with his calf, so we want to be sure,” he said.

“It’s a big year for him and us. We are confident he will be ready as soon as possible to contribute.”

Stormers will be ready for struggling Zebre, says Hlungwani
7 days ago
7 days ago

Stormers will be ready for struggling Zebre, says Hlungwani
7 days ago
7 days ago