The mayor says the ANC has hijacked the concerns of Alex residents with an intent to score politically. 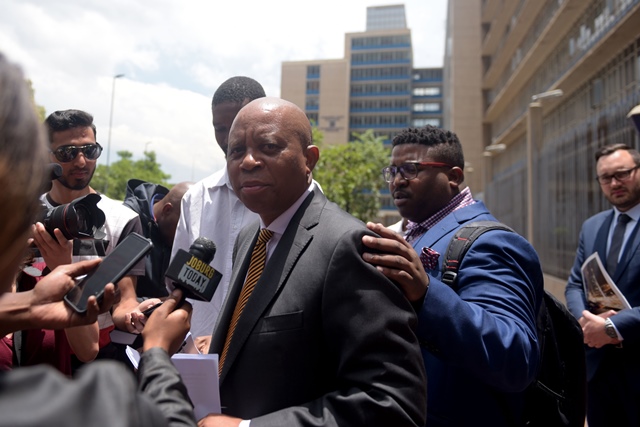 Yengeni was responding to an eNCA interview Mashaba had on Thursday morning where Mashaba explained that borders around the country were the answer for peace and prosperity.

Mashaba, who has been accused of being xenophobic before, said he had taken criticism for his views on undocumented foreign nationals but would continue to give the issue prominence.

Mashaba’s interview then moved to the topical issue of the Alexandra shutdown, where protesters closed roads with burning tires while demanding his presence this week.

The Johannesburg mayor maintained that the protest action was a result of the ANC’s interference. He pointed out that ANC councillors were fiercely active in the protest and were clearly playing a part in the shutdown. He said the ANC had hijacked the concerns of Alex residents with the intent to score politically.

Yengeni is unimpressed by the mayor’s no-show in Alex and has been slated for previously suggesting the mayor needed to be necklaced for not showing his face to disgruntled Alex locals.

He said in a tweet: “The people of Alex have spoken… they want mayor Mashaba to come to Alex… The mayor has run away..! Those tyres are clean and nicely polished waiting for the mayor.”

Mashaba clapped back to query the comment which, according to him, promoted criminality.

The mayor is scheduled to go to Alexandra on Monday, despite threats of violence against him.