The canny winger has a hand in three of the Stormers' five tries in a fine display of counterattacking rugby. 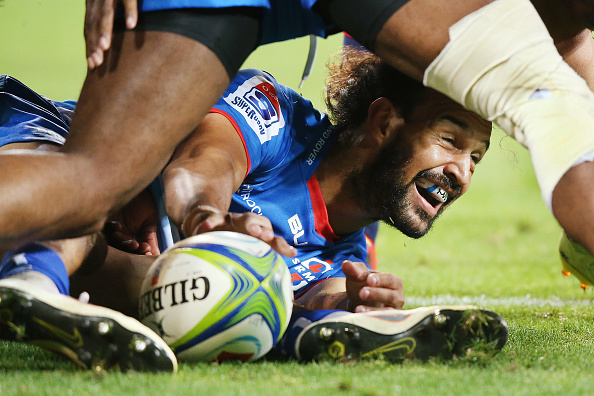 Dillyn Leyds of the Stormers plants the ball during the round nine Super Rugby match between the Rebels and the Stormers at AAMi Park on April 12, 2019 in Melbourne, Australia. (Photo by Michael Dodge/Getty Images)

The much maligned Stormers responded magnificently in the final match of their Australasian tour, hammering the Rebels by 41-24 in Melbourne on Friday.

They built their memorable victory on some magnificent, accurate defence, while they ruthlessly took their scoring opportunities despite only having 32% possession.

Despite still losing three games on this trip, the Stormers can now look forward to an extended run of home games, which might re-ignite their playoff chances.

The Stormers’ forwards were at the forefront of a heroic defensive effort, but there was no bigger star on the night than Dillyn Leyds. It was his magnificent run-in untouched from about 30 metres that put the Capetonians on the board, while a nimble touch and a straight run led to two more tries. The winger also cleaned up well at the back when required.