South Africa might have a potent bowling attack for the tournament, but only ONE quick is currently fit! 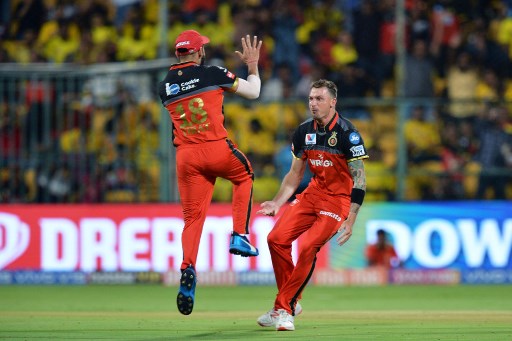 The Proteas’ risky strategy of picking injury-prone quicks for next month’s World Cup was placed squarely into focus after it was confirmed on Thursday that Dale Steyn is battling a race against time to be fit.

The experienced quick is back in the country after his stint in the Indian Premier League was cut short due to a flare-up of the shoulder injury that kept him out of the game for the best part of two years.

“Dale felt discomfort after playing his second match at the tournament. Upon assessment and subsequent investigations, a flare-up of his right shoulder was confirmed,” Proteas team doctor and manager Mohammed Moosajee said in a statement on Thursday.

While team management stated that every measure will be put into place to ensure he’s fit, this latest setback will make supporters twitchy over South Africa’s bowling arsenal for the showpiece tournament.

National coach Ottis Gibson and the selectors have declared that the side’s best chance of winning an elusive trophy is investing in a wicket-taking attack.

Yet of the quartet of fast bowlers, only Kagiso Rabada – who’s played 11 IPL matches already – is currently fit.

Lungi Ngidi and Anrich Nortje are slated for imminent returns in the domestic T20 series, but have both been sidelined TWICE this season.

There had been much excitement from Steyn when he was called up as a replacement for the Royal Challengers Bangalore.

He made an immediate impact and took four wickets in just two matches.

“With the World Cup around the corner, it is our priority to get him back to full fitness before the squad departs on May 19. He will consult with a shoulder specialist upon his return and a recovery plan will be put in place.”

The Proteas are allowed until 23 May to make changes to their 15-man squad should injuries force their hand.