The head of elections fielded questions on why the ruling party still gives people T-shirts. 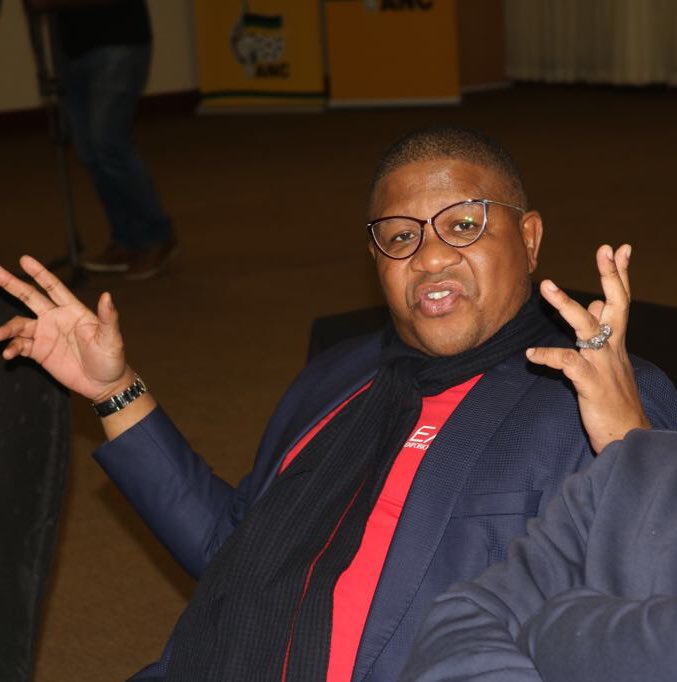 ANC head of elections Fikile Mbalula has defended the ANC against an assumption that the party and all political parties only visited supporters during election season.

Mbalula was speaking on Khaya FM on Friday morning where he was asked by host Skhumba Hlope if political parties would still be as visible after the elections.

Mbalula said the incorrect version of why the ANC handed out T-shirts to people was perpetuated and often shared by the media. This was a marketing tool, Mbalula said. He questioned the media for their role in apparently perpetuating an image that the ANC only visited their supporters during the election period.

“Visiting people and being with people is what we are, and is reflected in the leadership because we campaign. A T-shirt is a marketing tool that you either take or reject.

“Those T-shirts are not imposed on people, it is what the people want.”

He said that often parties visited locals in their homes, and some locals often asked party officials to leave something behind, which was the reason the party provided T-shirts.

In providing an example, he said an ANC voter would say: “Mbalula, you’re leaving now, I’ve told you all my pains, what do you leave me with, where is the T-shirt, my child?

“Now because we’re a big party, the best thing you leave in the memory of people to remember, it is a T-shirt that they love.

“Those T-shirts resemble a cause for most people and what supporters believed in. To them, it is a constant reminder, that I am ANC for life.”

Asked if the party had any fears in the outcome of the May elections, which have been labelled the most contested elections since the dawn of democracy, Mbalula said no.