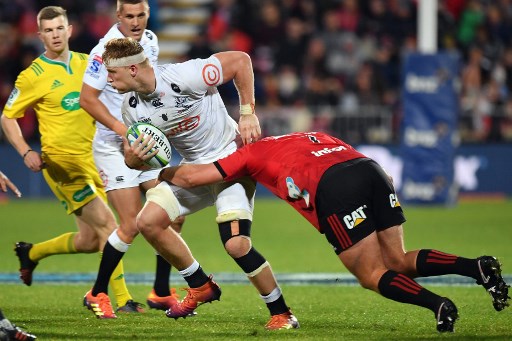 The Crusaders kept a proud 26-match unbeaten streak at home intact by the slimmest of margins as they drew 21-all with the Sharks in Christchurch on Friday.

Home flyhalf Mitch Hunt smartly hit a half-gap with the final hooter having already sounded as the defending champions hammered at the Durbanites’ defensive line to save face after they increasingly became frustrated with their own indiscipline and their opponents’ guts.

However, critics will point out that that they showed very little on attack.

The Sharks loose trio was positively heroic on defence, with the in-form Dan du Preez also impressing again as ball-carrier. Given the nature of the game though, lock Ruan Botha deserved the plaudits. Not only did he complete nine tackles, he affected three turnovers that stifled the hosts.