Zuma says he will show her the same support she has shown him in the past decade, urging the mayor to be strong as 'this too shall pass'. 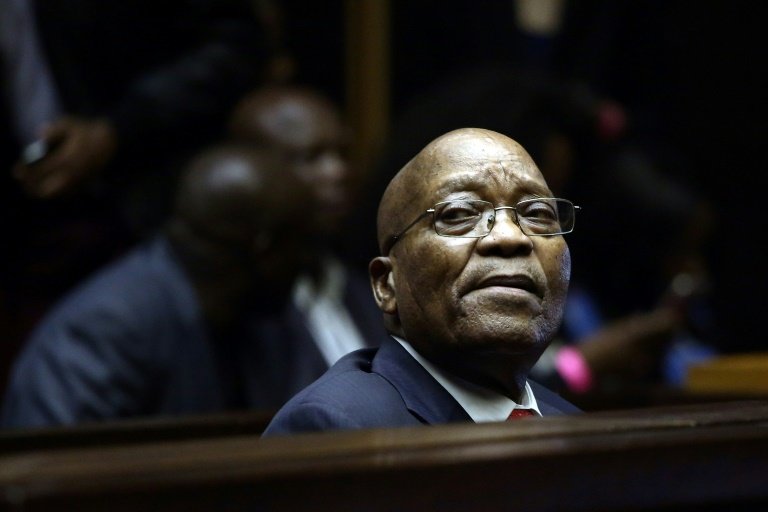 In tweets on Sunday night, former president Jacob Zuma said he had learnt with sadness about the arrest on corruption charges of eThekwini mayor Zandile Gumede.

He said he would show her the same support she had shown him over the past decade and reiterated his conviction that he has been pursued for political reasons, not criminal ones.

The corruption case against Zuma is set to be heard again on Monday, with his lawyers asking for a permanent stay of prosecution.

The mayor of the eThekwini metro faces fraud and racketeering charges. She handed herself over to the Hawks on Tuesday morning and was granted R50,000 bail.

The former president told her: “Be strong my Leader, this too shall pass.”

I shall show Comrade Zandile Gumede the same support that she has shown me for the past decade. Be strong my Leader, this too shall pass.

Gumede is also the chairperson of the ANC eThekwini region, and is in the dock with co-accused ANC councillor Mondli Mthembu and businessman Craig Poonan.

They have been charged in connection with tender fraud for a 2016 Durban Solid Waste (DSW) contract for which the Directorate for Priority Crime Investigation (Hawks) says no work was done. The tender was for R208 million.

Several other people were arrested two weeks ago for their alleged role in the same case. All of the suspects were released on bail and will appear in court again in August.

It was revealed in court on Tuesday that several of the whistle-blowers in the case against Gumede came from within the municipality. The state said its case against the mayor was expedited to protect witnesses from possible intimidation.