The Lions and Springboks hooker is coming to his own as captain. 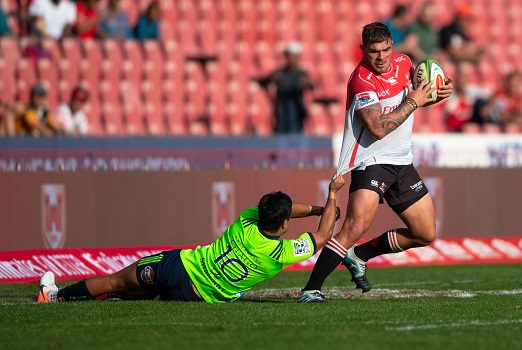 Malcolm Marx (C) of the Emirates Lions in action during the Super Rugby match between Emirates Lions and Highlanders at Emirates Airline Park on May 18, 2019 in Johannesburg, South Africa. (Photo by Anton Geyser/Gallo Images)

Hooker Malcolm Marx has been lauded by Lions coach Swys de Bruin for the growth he has shown as a leader, after their high-octane 38-29 win over the Highlanders in their Super Rugby clash at Ellis Park at the weekend.

Marx was named Man of the Match in a tight contest which saw each side scoring five tries, with the Lions cementing the victory with a last-minute try by wing Courtnall Skosan.

“Malcolm is a fantastic leader and captain,” De Bruin said.

“If Warren [Whiteley] is there it obviously adds value to the team, and when he is there we are blessed to have him, but the way Malcolm has grown as a leader in a short stint is fantastic, aided by the direction Elton [Jantjies] gives at the back.”

There was, however, one exception on Saturday, when De Bruin overruled Marx by giving the orders that Jantjies must go for posts in order to reclaim the lead at 24-22 with 18 minutes left in the game.

“I wanted to go for touch but then I got the message from upstairs, and when you play against a side like that, scoreboard pressure is important … but I agreed with the message to keep the scoreboard rolling,” Marx said.

“It was important to get the points and then exit from there.”

Despite the Lions’ rolling maul not working as well as expected, along with a few defensive and handling errors, De Bruin rated the win as one of their best of the season.

“One or two silly options with attacking lineouts five yards from the line, but apart from that I was very happy with the effort… because this was a good team we played against and they really came at us,” he said.

De Bruin felt they had stuck to their game plan, though they did concede some soft tries.

“It’s the second week in a row that the subs made a big impact,” he said.

“The way Vince [Tshituka] carried there in the end made a big difference.” 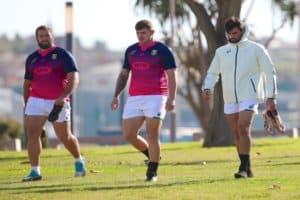 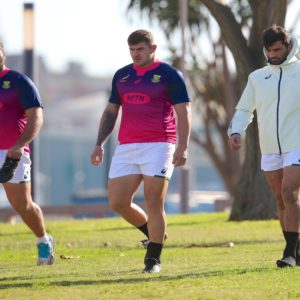