Why Ruan Botha’s Sharks goodbye is the biggest one

It all just feels so sentimental... 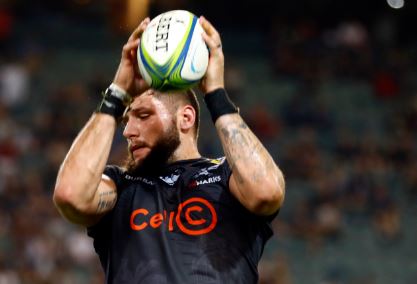 Ruan Botha is hardly the only Shark that will say goodbye to Kings Park at the conclusion of this year’s Super Rugby campaign.

Yet it feels as if the towering lock’s final weeks are more sentimental than some of his teammates’, perhaps because it was the Durbanites that revived his flagging career.

ALSO READ: The Bulls are right in trusting Manie Libbok’s ability to bounce back

Botha, who hails from Brakpan, signed for Western Province as 20-year-old to much fanfare in 2012.

He’d been a star for the Junior Springboks and – at least at that stage – made the wise move of abandoning a Lions ship in choppy waters following their relegation from Super Rugby.

The move to Newlands didn’t really pay off.

Injuries hampered his progress and at the end of the 2015 season, with Province desperate to lure homegrown favourite Pieter-Steph du Toit back, Botha’s transfer was used as a sweetener.

It took him essentially the whole of 2016 to belatedly establish himself, but when it did happen, the 2.04m giant became one of the leading locks in the country.

Botha was even called up to the Springboks’ end-of-year squad in 2017 and has consistently remained part of the setup.

As a parting gift before joining London Irish, he wants to spearhead the Sharks’ drive towards a playoff, starting with Saturday’s meeting with the Hurricanes in Durban.

“When you have been laid off for a while with injury, the hunger for physicality is there because of the desire to get on the field and make a difference,” said Botha.

“Physicality is something that really ignites the Sharks and the dominance in the pack we have now is key to our whole game. And if I have to lead the way up front, I will – anything to get this team through.”

While dominance in the collisions will be crucial in throwing the expansive New Zealanders off their game, Botha will also need to take a lead on defence.

Not that the Sharks will feel undercooked in that regard – they tackled like men possessed against the Lions last weekend.

“The guys showed a lot of character defending the tryline, and it is a proud moment when you turn the opposition over after multiple phases and score at the other end. That has built a lot of confidence, although we know the Hurricanes pose an even bigger danger with ball in hand, so we have to stop their possession of the ball as quickly as possible,” said Botha.