Both them and the Highlanders in the end did well to stay in the frame, but finesse was certainly lacking. 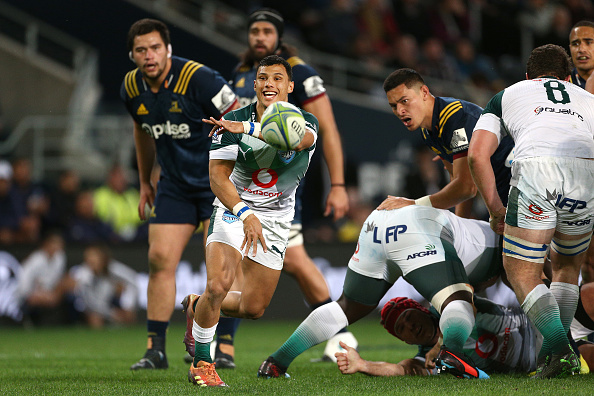 Embrose Papier of the Bulls passes the ball during the round 17 Super Rugby match between the Highlanders and the Bulls at Forsyth Barr Stadium on June 07, 2019 in Dunedin, New Zealand. (Photo by Dianne Manson/Getty Images)

For a second week in a row, the Bulls experienced the distinct lack of fulfillment of a draw after they tied 24-all with the Highlanders in Dunedin on Friday.

In a game of two halves, the hosts at times ran their opponents off their feet as the Bulls’ defensive inconsistency reared its head again.

But Pote Human’s troops came out in the second half and played a familiar power game that should’ve brought more reward.

Play went on for over four minutes after the final siren as both sides desperately tried to conjure up a winning score, but that sequence also featured four three turnovers and a knock-on, illustrating how both sides wasted their opportunities.

The hallmark of a really classy centre is a player who makes those around him look good. The Highlanders have unearthed a player of that calibre in Rob Thompson. The inside centre was particularly influential in the first half, finding and creating space, completing nifty passes and beating defenders almost at will. He also contributed his fair share of work on defence once the Bulls started dominating the second half.