Yet despite the emphatic result on paper, Faf du Plessis and his troops will know this was only Afghanistan. 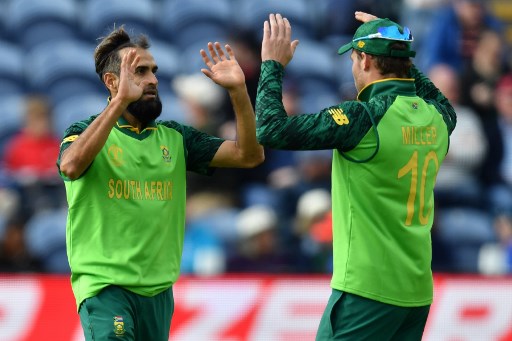 The Proteas’ two gamebreakers, Imran Tahir and Quinton de Kock, played leading roles in finally getting their side off the mark in the World Cup with a nine-wicket victory over Afghanistan in Cardiff on Saturday.

Wily Tahir, who continues to belie his 40-year-old age, set things up with a productive spell of 4/29 before De Kock (68 off 72 balls) picked up from a cautious start to compile another half-century.

But the comfortable nature of the win wasn’t immediately apparent.

Opening bowlers Kagiso Rabada and Beuran Hendricks lacked intensity initially as the Afghani openers made a solid start, scoring at close to six an over in the opening six overs.

Then two rain breaks seemed to give the Proteas the kick up the back side that they needed.

After a short first delay, Rabada had Hazratullah Zarzai (22) caught with a nifty shorter delivery before Chris Morris struck with a fuller delivery to have Rahmat Shah LBW.

However, the rookies still made good if slow progress in reaching 69/2 when the second interruption came.

At the forefront was the wily Imran Tahir, who had good support from Andile Phehlukwayo, whose eight overs brought figures of 2/18.

Morris clearly also sensed that his opponents were treating him with caution and he took full advantage, snapping up 3/13.

South Africa were only set the target of 127 because of Rashid Khan’s late show with an entertaining 35.

Once De Kock got going, the game was in the bag.

He hit eight crisp boundaries as the Afghans struggled to complement a tight start economy wise with wickets.

Hashim Amla remained unbeaten on 41 from 83 deliveries, but it was, frankly, quite painful to watch at times.

The bearded stalwart clearly still isn’t remotely near his best though his team will hope this struggle is the start of better times in this tournament. 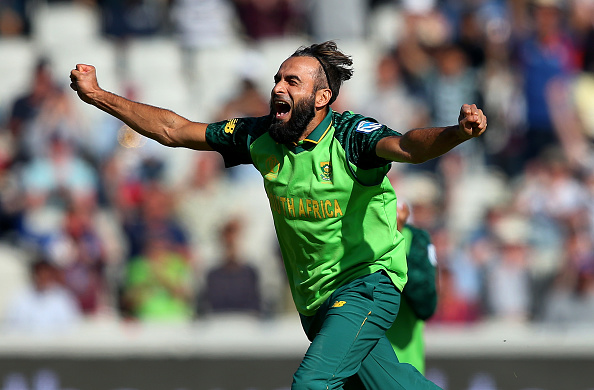 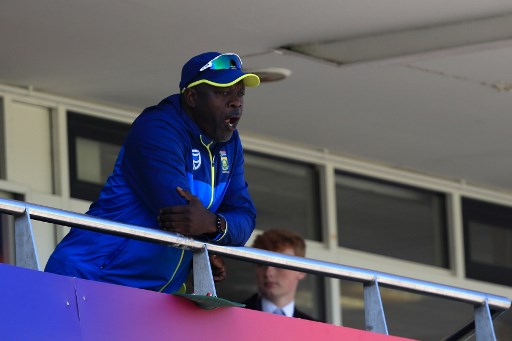