The aquarium officially opened on Thursday, with an emphasis on teaching kids the importance of preserving what’s left of SA’s marine life. 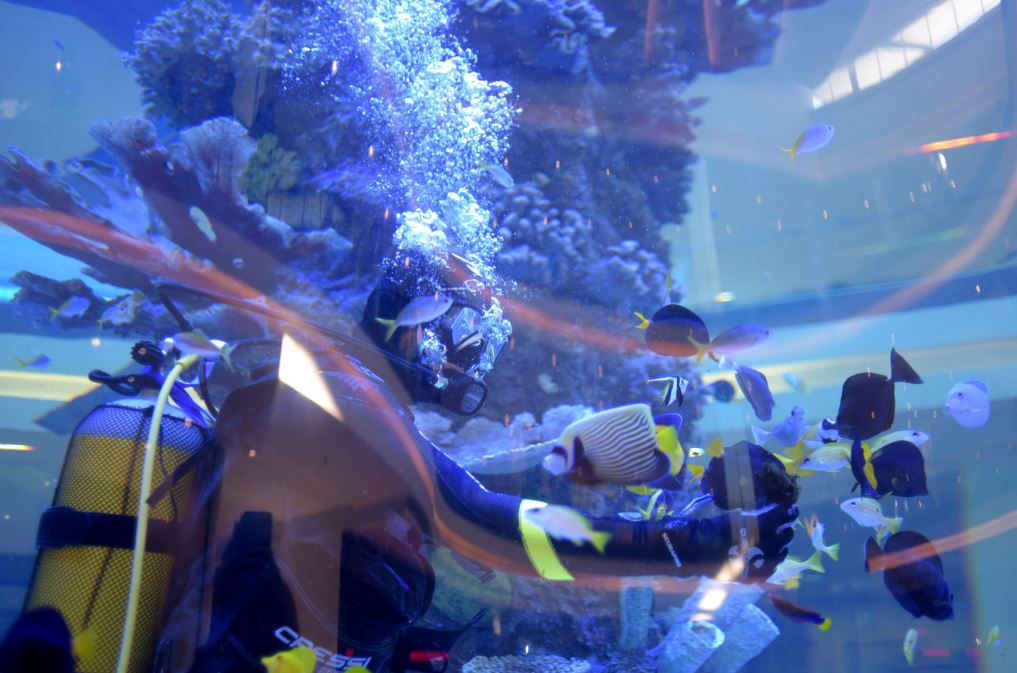 A scuba diver feeds fish at the opening of the CrestAquarium on Thursday July 4 2019. Photographs: Tracy Lee Stark

Over 30 species of fish now call the concrete jungle home and are currently flapping around in Cresta shopping centre’s new aquarium, dubbed CrestAquarium.

Cresta describes the aquarium as “a modest exploration and showcase of life under the sea,” with the main aim being to entertain, educate and inspire a more sustainable lifestyle, said the shopping centre’s general manager Virginia Bester.

It also aims to show a tiny piece of ocean life, for those who may never get to see the ocean, and to inform people of the extent of plastic pollution in the world’s oceans, climate change and recycling. 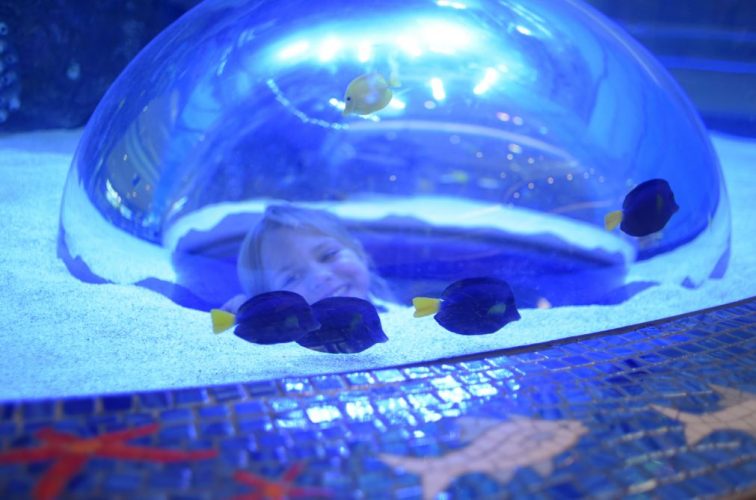 A child enjoys the CrestAquarium bubble, where shoppers get to feel like they’re under the sea. Photo: Tracy Lee Stark

They also made sure to build the aquarium as far as possible from their seafood restaurants.

“Our vision was to give the community the opportunity to form a connection with an otherwise distant world, so they can benefit from its beauty and learn how to help protect it,” Bester explained. 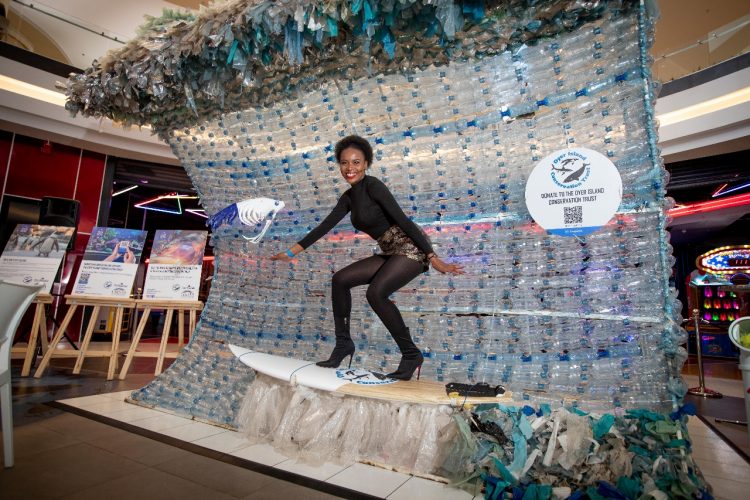 And while fish (like humans) can probably only swim around the same mall so many times without bashing their heads against the glass from boredom, they’ve ensured there’s enough activity around the aquarium to keep them and visitors occupied.

Educational displays will surround the tank to allow shoppers and eager kids to physically interact with, explore and learn more about the iridescent creatures.

Cresta liaised with aquarium construction and marine consultant experts and each fish was hand-selected according to compatibility and natural distribution, while keeping in mind the international union for conservation of nature (IUCN) red list, which is growing disturbingly long.

The 75,000-litre tank mixed with 2,500kg of salt, simulate the iodised environment which the fish now call home, and includes corals and underwater plants. A far cry from what they are used to, to be sure, but at least Joburgers have a tranquil nose-to-nose escape from the hustle and bustle.

So, how does a mall as busy as Cresta manage to sneak in massive pylons and 50mm thick acrylic sheets? With great difficulty, with Bester admitting that although small, the tank had its fair share of logistics and funding issues in the years leading up to the eventual installation.

And it boasts being the first mall in South Africa to pull this off. Although it’s not clear if anyone has tried to install a massive tank in the middle of a mall before.