Western Cape dams across the province were on average 64.55% full, which was a 12% increase on last year, but still concerning, especially in the Karoo and Southern Cape areas. 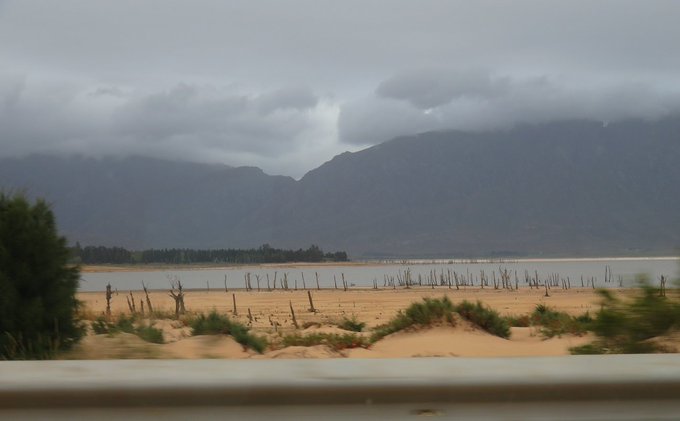 Dams supplying the City of Cape Town are 80.6% full, according to the municipality on Monday, but dams further afield are not filling up at the same pace.

“Although daily consumption has slightly increased, we remain within our daily allocation of 650 m/l per day,” said the city’s MMC for Water and Waste Xanthea Limberg.

The news comes during a prolonged period of winter rain.

Last year, the city was grappling with the possibility of the taps going dry, with an emergency plan ready to kick in with water rations if “Day Zero” was declared.

Thousands of litres of the emergency water were spotted at a Metro Police facility recently, with the city saying it is no longer fit for human consumption, but will be distributed as grey water.

The national department of water and sanitation (DWS), meanwhile, said Western Cape dams across the province were on average 64.55% full, which was a 12% increase on last year.

Department spokesperson Sputnik Ratau said DWS was still concerned though about “the very slow recovery of the dam levels in the Breede-Gouritz Water Management Area.

“The last four years have seen little to no rain within the Klein Karoo, Greater Karoo, Central Breede River and Southern Cape areas.

“The lower than average rainfall over the last eight years has not only contributed to the low dam levels, but has also significantly impacted on the declining groundwater levels and recharge within the Greater and Klein Karoo areas.”

Significant rainfall in those areas last occurred in 2011, he said. The new developments pose a challenge for the department to chart a new way forward, he added.