What may have been deemed acceptable in 1990 when the Reserve first opened its gates may not be acceptable today. 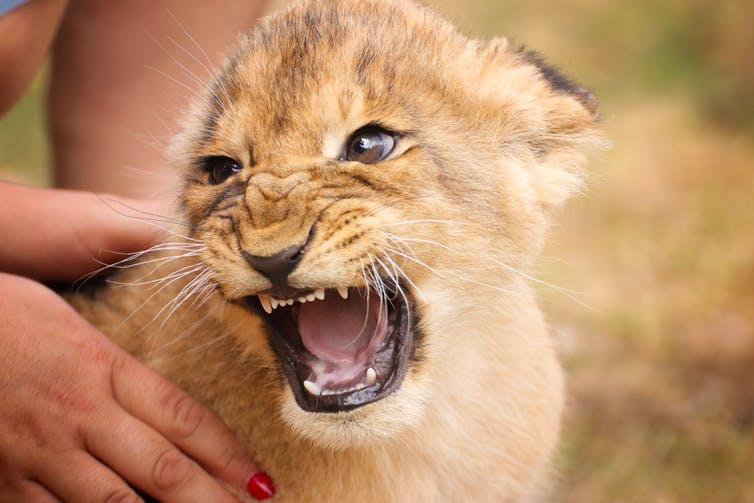 The Rhino and Lion Nature Reserve in Kromdraai has been one of the highlights for visitors to the Cradle of Humankind for many years.

But in recent years, the argument that petting cubs has ties to canned lion hunting has been a sentiment the Reserve wishes to distance itself from, reports Krugersdorp News.

The Rhino and Lion Nature Reserve has recently been taken over by the Bothongo Group, which has made the decision to no longer offer cub petting to the public.

“Simply put, it is not necessary to touch an animal to connect with the importance of wildlife conservation. We would also like to make it very clear that we are utterly opposed to the abhorrent canned hunting and lion bone trade,” said a statement from the Reserve.

For the past 30 years, the Reserve has wanted to share its love for wildlife with not only local but international visitors as well.

New management said that they have acknowledged that what was acceptable in 1990 when the Reserve first opened its gates may not be acceptable today.

“Human beings have always wanted to get up close and personal with wild animals,” said Jessica Khupe, the Brand Manager for the Rhino and Lion Nature Reserve.

She said this is understandable, but that studies have recently shown that it is not the best thing for the animal’s welfare.

The new Chief Operations Officer of the reserve, Mike Fynn, explained. “Breeding and rearing animals for the purpose of cub petting and interaction is not only undesirable from an animal welfare perspective, it’s also not a sustainable business model.”

He went on to say that they will now be coming at it from an educational angle, and will focus on teaching the public about wildlife and conservation.

Fynn said that he hopes other institutions will follow their lead when it comes to putting an end to cub petting.

They have also pledged to not sell any of the animals at their reserve unless it is to a reputable accredited facility or licensed wildlife institution.

“We will breed animals only if this serves a conservation purpose,” Fynn explained.

They are aware that some of their visitors might be disappointed, but say that this is the right thing to do. They are very excited for their new journey and the big things they are going to bring to the public, while still conserving the animals.

“Our wildlife family now has a voice again,” said Khupe.