'Living in our new home without him will never be the same,' said the man's wife. 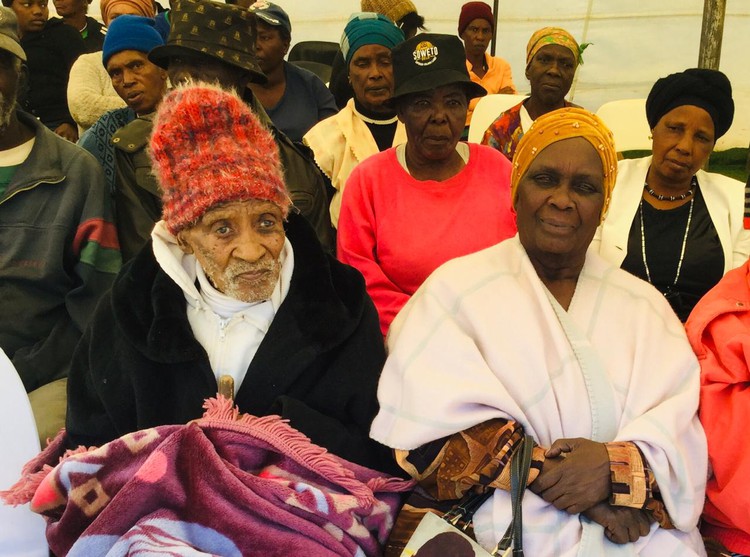 “We got a house when my husband was on the verge of dying,” says Johanna Nsibande, 71. She is mourning her 100-year-old husband Dipabalo Boy Mohedu who died just two months after they moved into their first home.

Following GroundUp’s report on the couple’s plight in April, directors of Afribiz Investment in partnership with the Collen Mashabana Foundation built the couple a house in Mackenzieville, Nigel.

The couple had been on a housing database for 22 years while living in a small shack without electricity. They moved into their new home on 18 July. Exactly two months later, on 18 September, Mohedu died.

“My husband who sometimes suffered memory loss, always asked me where we were. I would tell him that this is our new home. He would shake his head in disbelief and ask to go home to our old shack,” she says.

“When living in a shack we dreamt of having a real house, a toilet, water and electricity. It was easier for me to look after my husband [in the new house],” says Nsibande. But she also says: “Living in our new home without him will never be the same.”

Mohedu will be laid to rest on Saturday.