As a judge, you see where government, courts are failing people – Justice Edwin Cameron

Every South African judge should be an activist for justice, equality, dignity and for freedom because 'that is what our Constitution’s founding values are', Cameron emphasised. 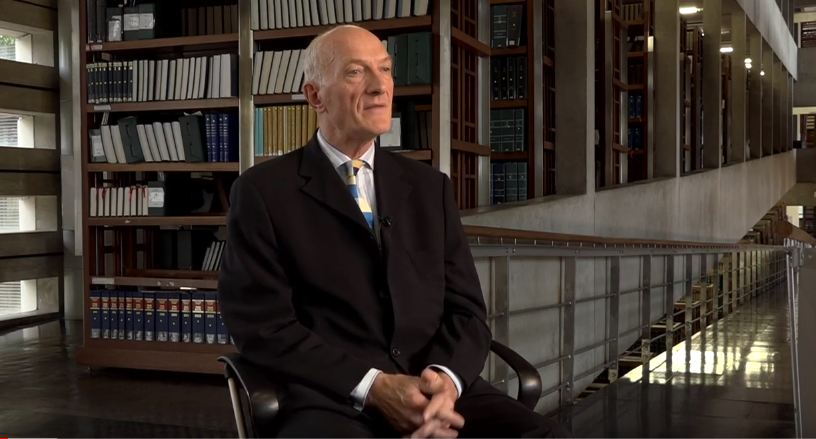 Justice Edwin Cameron, who recently retired from the Constitutional Court, remains a force to be reckoned with.

In the 90s, the late statesman Nelson Mandela appointed him as a judge – less than three months after South Africa became a democracy.

Cameron saw this as a humbling experience because he was part of the creation of a constitutional democratic state.

“It was humbling [to be appointed by Mandela] because I think as a judge, you see where our Constitution and our government and our courts are failing people. It was a very humbling experience,” he said.

A keen cyclist, he was appointed to the Constitutional Court in 2008 by then acting president Kgalema Motlanthe.

In August this year, Cameron stepped down from the apex court on the 25th anniversary of his appointment as a judge.

In his career, he worked as a human rights lawyer during apartheid, defended ANC members and fought for gay and lesbian equality.

But being a judge is hard work, Cameron admitted.

He said the courts have become busier. However, being an anti-apartheid lawyer prepared him for the job.

“You look at the law and you say: ‘What is this law achieving? Is it just? Is it having an effect on peoples’ lives or is it betraying people?’ That is the question you need to ask yourself as a judge.

“There is still enormous injustice, there is racism, there is gender violence, there is homophobia,” he said.

“We are right to be angry and dissatisfied with the Constitution and the courts and with the judges – and yet we must not, in our anger and dissatisfaction, disregard what has been achieved.

“We would make a terrible mistake if our dissatisfaction and our anger make us want to throw away the Constitution,” Cameron told News24.

Cameron described what it was like to work in the Constitutional Court, saying the 11 judges always sit together when deciding a case.

“So, you can’t go and sit in your office and decide on the case on your own then write your judgments and give it to the parties.

“Because it is a final court in South Africa’s apex court, every single thing we do we do together and that is difficult.”

He said the Constitutional Court was not immune to issues that affect general society, which include matters relating to gender, race, culture and language.

“It is right that they came into the court and we confronted them there. The way we confronted them, which I found very humbling and very remarkable, was that each of us tried to be truthful to the values of the Constitution. We really did have a set of values, like human dignity…”

He said when he stepped down from the court about five weeks ago, he and his colleagues felt they had confronted issues brought before them truthfully.

He also said he believed that every South African judge should be an activist for justice, equality, dignity and for freedom because “that is what our Constitution’s founding values are”.

“So, if you are a judge with an understanding of discrimination and stigma, I think every South African lived through gender discrimination, through homophobia, that experience should humble you to understand what people are still going through,” he said.

“There are still people in SA who are still experiencing daily racism or economic injustice… for me that is what was important to me to continue to be an activist.”

But what has really been Cameron’s most memorable moment?

In December 29, 2017, the apex court delivered a judgment on the impeachment clause, Section 89 of the Constitution, which deals with the removal of a president from office.

The court found that Parliament had failed to put in place mechanisms and processes to hold former president Jacob Zuma accountable for failing to implement the Public Protector’s remedial action regarding non-security upgrades at his home in Nkandla, City Press reported.

Cameron said the advice the court gave to Parliament was that they should not just vote but try and find out if there was any serious misconduct or any serious violation.

He said at the time, his colleague Justice Mbuyiseli Madlanga informed him that whatever decision the court makes should not only apply to the current president but that it should be good for generations to come.

“That was sense that we committed ourselves to and that was the important moment for me,” he said.

What is next for Justice Cameron?

“I am hoping to be involved in prisons, I don’t know yet. You heard the Chief Justice [Mogoeng Mogoeng] in that final ceremony. He said to the Minister [of Justice Ronald Lamola] that here is someone who can be the judicial inspector. Maybe that will happen. It is in the minister’s hands.

“The minister will decide, it is a presidential appointment … I have indicated that I am willing to do it. It is a tough job. It is not a full-time job, but it is a tough job that will require attention and I hope to continue teaching.

Cameron was appointed chancellor of Stellenbosch University with effect from January 2020, the university confirmed.

He is an alumni of and holds an honorary doctorate.

Cameron takes over from Johann Rupert, whose term ends on December 31.