Ivan Pillay criticises Julius Malema for attaching it to court papers in a matter between him and Pravin Gordhan. 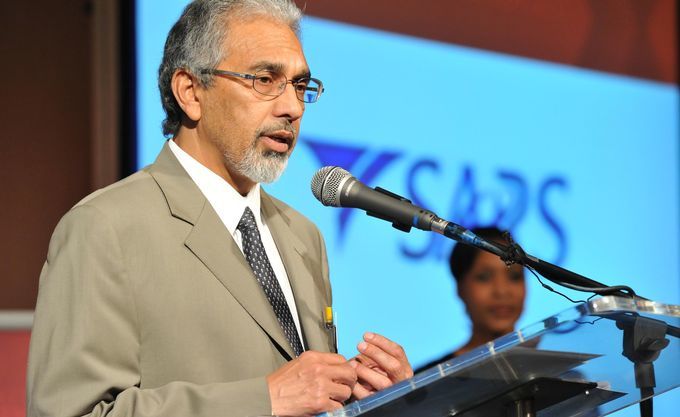 The secret and disputed report by the Inspector-General of Intelligence (IGI) into the South African Revenue Service (Sars) investigative unit which was released by the EFF this week is a “travesty”, says former deputy commissioner of Sars, Ivan Pillay.

In court papers filed at the Pretoria High Court in support of an application by State Security Minister Ayanda Dlodlo to prevent the dissemination of the report, Pillay criticises EFF leader Julius Malema for attaching it to court papers in a matter between him and Pravin Gordhan.

“The purported report of the IGI, which is annexed to Mr Malema’s affidavit dated July 15, 2019, is a travesty. It is simply a compendium of false allegations which have long been dealt with and rebutted by Sars,” he says.

The report was published on the EFF’s website on Monday after the High Court in Johannesburg found it to be admissible. The court has not yet provided reasons for its decision.

The report, which is marked “secret” and has not been declassified, was first attached to papers filed by Floyd Shivambu, Malema’s deputy, in the defamation suit against him and Malema brought by Gordhan.

Asked by News24 how he managed to obtain a restricted report, Shivambu told News24 it is “none of your business”, before adding that it was given to him by this reporter’s “mother”. She has, however, denied being the source of the report.

Van Loggerenberg, who was in charge of the unit and reported to Pillay, sais he had consistently denied allegations against him, SARS and the investigations unit. He has yet to fully interrogate the contents of the report – which remains unverified – but said he would deal with its content through his lawyers.

The IGI report, which News24 has reported on, relies heavily on information obtained from Mike Peega, a former SARS employee, as well as a briefing document titled “Project Snowman”. Van Loggerenberg said this “speaks for itself”.

He said Peega’s “plots, crimes, and details” were well recorded and known in the media, by the presidency, various law enforcement agencies and Parliament.

“Sars released detailed refutations of the fake ‘dossier’ entitled ‘Project Snowman’ to the media, complete with annexures, in November 2009 and February 2010. These have been in the public domain for almost a decade now. They speak for themselves.

“The motives of Mr Peega and others were detailed in a document entitled ‘Project Broken Arrow’. There were four such reports in 2009. It was annexed to the public releases at the time. These also speak for themselves.”

Van Loggerenberg said the list of individuals the IGI interviewed for her report were among 34 persons he implicated in his own submission to the IGI. He said he wasn’t asked questions about the unit, no allegations were put to him and he was never afforded the opportunity to respond to the report.

Mava Scott, spokesperson for Dlodlo, said even though the EFF had published the report and it was now in the public domain, the State Security Agency (SSA) would continue with its high court application. While he would not comment on the merits of the application or the report’s contents, Scott said it remained a classified document even thought it was in the public domain.

Scott added that anyone who published the report was guilty of an offence under the Protection of Information Act, which made it a criminal offence to publish information of this nature. Those who do could be fined R10,000 or prosecuted and jailed for up to ten years, according to the Act.

In her affidavit, filed on July 23 this year, Dlodlo said the report posed a grave danger to the SSA and its agents.

She said the report was classified as “secret” in accordance with the country’s Minimum Information Security Standards, which is the national information security policy, and other legislative prescripts.

Dlodlo said the report “exposes” the identities and activities of SSA agents, thereby endangering their lives, the lives of their families and other agents they worked with and compromised the agent networks they had established.

“The consequence of this exposure is that these agents cannot be deployed in future operations on behalf of the SSA… this also prejudices the SSA and the foreign intelligence services it liaises with therefore rendering us ineffective and untrustworthy,” Dlodlo said in the affidavit.

She said the report did not become declassified merely because it was in the public domain and said the parties including the EFF “are well aware of the provisions of the law” because they requested the declassification of the report.