Mosimanegape Boyz Madiba drowned in 2016 during a training session with the university's rowing team. 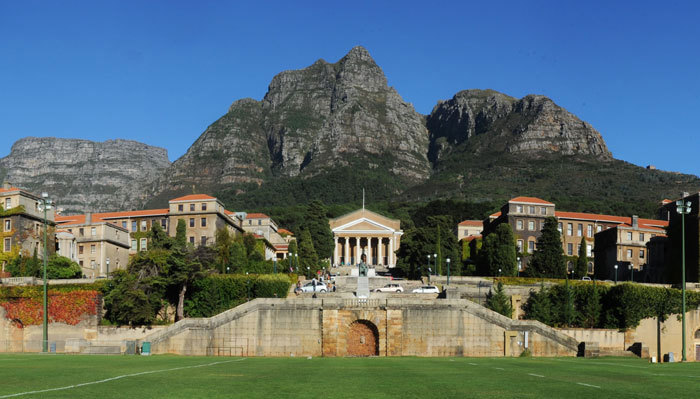 Public Protector Busisiwe Mkhwebane has found that UCT was at fault more than three years after student Mosimanegape Boyz Madiba drowned during a training session with the university’s rowing team.

Madiba, a first-year BSc student majoring in astrophysics, chemistry and mathematics who was part of the UCT rowing team, drowned in a dam in Moorreesburg on March 12, 2016.

His parents lodged a complaint with the Office of the Public Protector in May 2016.

IOL previously reported that his parents had said they were pursuing the truth.

In their complaint, Madiba’s parents alleged that the university, or its employees, improperly failed to provide safety measures to prevent the drowning, saying the university allowed him to join its rowing club without training or testing his swimming ability.

They added Madiba had signed up for indoor rowing but was made to swim in a dam.

In her report, which she made public on Wednesday, Mkhwebane said allegations that the university had failed to provide safety measures to prevent Madiba from drowning were substantiated.

She added UCT had no rowing safety measures or rules in place at the time of the incident as required by Row SA.

“It only developed and implemented its rowing standard operating protocols in 2017 as a result of this drowning incident.”

Mkhwebane added the university’s conduct was in contravention of Row SA’s constitution, adding allegations that it had unduly delayed an investigation into the incident was substantiated.

She said Madiba’s parents had suffered prejudice as a result of the university’s conduct.

Mkhwebane added allegations that the National Prosecuting Authority (NPA) had unduly delayed a recommendation to re-open an inquest into Madiba’s death was substantiated.

“I wrote to the office of the NDPP [National Director of Public Prosecutions] on May 21, 2018, to consider recommending to the minister to re-open the deceased’s inquest in terms of Section 17[a] of the Inquest Act, but to date the matter has not been finalised.

“My last correspondence with the office of the NDPP was on March 8, 2019, wherein it was advised that my request is with advocate [Shamila] Batohi [for] consideration.

“The conduct of the NPA is in contravention of Section 195 of the Constitution and the Batho Pele principle of courtesy.”

Mkhwebane said Batohi had undertaken to make a submission to the minister of justice to consider re-opening the inquest.