And why she's now suing the SA government for about R1bn more because he isn't giving her more money. 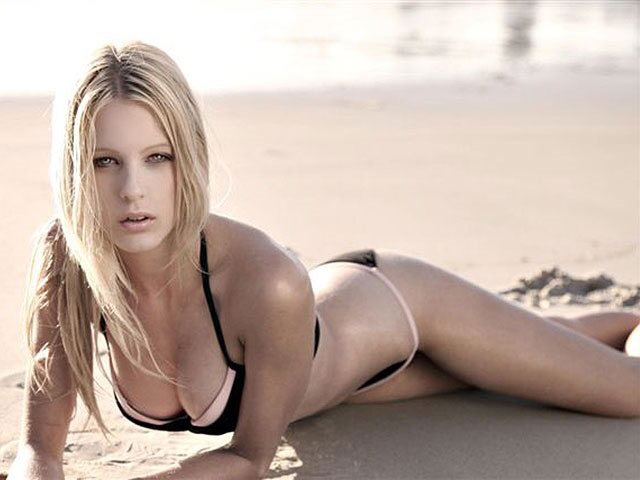 The New York Times reported over the weekend that local model Candice van der Merwe allegedly received a whopping $16 million (R240 million at the current exchange rate, though it was less at the time) from the prime minister of Lebanon, Saad Hariri, when she was still just 20.

According to The New York Times, the pair had a romantic relationship after meeting in the Seychelles, according to court records. This was also despite Hariri being married and a father of three.

He reportedly started sending the money in 2013, apparently in a legal manner, and before he became the prime minister for a second time.

His businesses are now in the doldrums and he’s reportedly been struggling to pay staff. Lebanon itself is facing a financial crisis and citizens have been engaging in increased protest.

In 2013, however, Hariri was a dollar billionaire after inheriting his assassinated father’s businesses in 2005.

Van der Merwe raised the interest of the SA Revenue Service after suddenly becoming a multimillionaire despite only working to promote brands such as energy drinks and appearing in FHM calendars. She was investigated and her huge windfall was taxed.

She managed to spend most of the money – mostly through property but also because of a reported $2.7 million loan to her father’s business – before she was asked to pay taxes, which she strongly opposed.

Sars nevertheless freezed her assets and appointed a curator until its claimed sum was settled.

The model’s attempt to sue the SA government for about R1 billion in January reportedly brought to light Hariri’s role in her rise to wealth, but by then their affair was apparently already over.

She has apparently claimed she’s suffered major damages, to the tune of R1 billion, mostly due to her relationship with Hariri breaking down due to the authorities’ pursuit of her and the fact that she presumably can’t receive any more gifts from him.

Now Candice van der Merwe is suing govrnmnt because "The plaintiff’s relationship with Mr. Hariri was terminated, which resulted in the loss of financial benefits that would have accrued to her from the relationship if it had been allowed to persist without outside interference” pic.twitter.com/wn5ecgOvBn

Lebanon prime minister, Saad Hariri gave R240mill ($16m) girlfriend allowance to South African model Candice van der Merwe.
– No wonder South African men are the most depressed in the world, our women expectations are beyond all the women in the world ????????‍♂️ pic.twitter.com/2tWlzQ8XHd

“Lingerie model Candice van der Merwe plans to sue Minister of Finance Tito Mboweni for a staggering R1 billion over alleged violations of her rights and damage to her reputation.”https://t.co/N62Zotda5w