The actress has written to the minister pleading for the ministry's intervention on the alleged exploitation of artists. 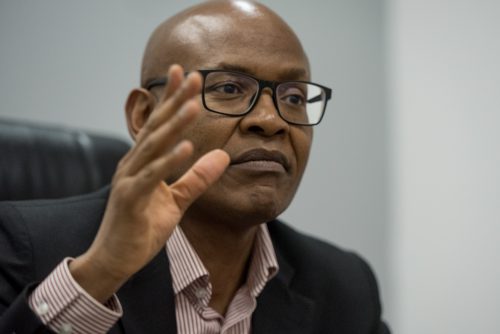 Jimmy Manyi speaks to a reporter from the Citizen at the ANN7 Offices in Midrand on 25 August 2017. Manyi has recently acquired ANN7 and The New Age newspaper through a R450 million vendor-financed deal. Picture: Yeshiel Panchia

Mzwanele Manyi has advised thespian and actress Vatiswa Ndara to submit her issue of exploitation in the industry to Parliament.

Ndara posted an open letter to the Arts and Culture Minister Nathi Mthethwa highlighting some issues artists faced at the hands of production houses.

Manyi weighed in a tweet to show his support to Ndara.

You have raised pertinent issues Vatiswa.
Please forward your submission to Parliament as well. @ATMovement_SA will work with you to ensure that this matter doesn't fall through the cracks.
@VuyoZungulaSA https://t.co/UaXZucc3S4

“I come forth not as a ‘clever black’ seeking relevance, as it does not deliver a dime nor does it stand to benefit me. At the risk of public shame, humiliation, and salacious headlines, not to mention alienation from my peers and possible blacklisting from the powers that be in the sector, I humble myself in expressing the truth of my experience in the arts and entertainment industry and publically exposing the depth of my frustrated and broken spirit,” read part of Ndara’s letter.

She further highlighted a problem that a number of creatives had been trying to bring to the attention of the minister, which is the fact that they are subject to a 25% freelancer tax. As people who are hired seasonally, they feel as though this is too high and would like these figures to be revised.

She concluded by listing just some of the actions the minister could take in addition to leaving him with a question: “What is vision 2020 for the arts?”