EXPLAINED | What is the DA’s federal council?

James Selfe has held the position of chairperson for the past 19 years, serving during the leadership tenures of Tony Leon and Helen Zille. 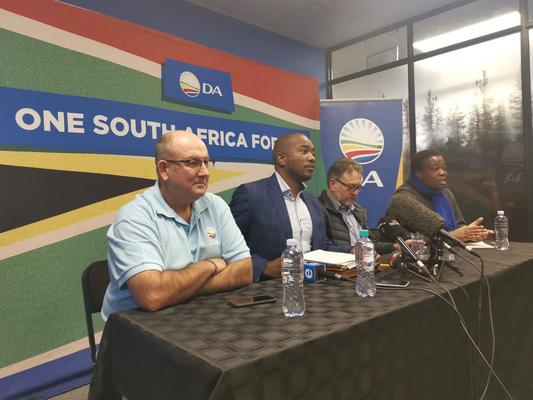 The position of the DA’s federal council chairperson is currently a hot topic, after former leader and Western Cape premier Helen Zille announced that she would contest this position alongside Athol Trollip, Mike Waters, and Thomas Walters.

The new chairperson will be elected at a meeting of the federal council at the end of this month.

Why is the DA now electing a chairperson of its federal council?

The incumbent, James Selfe, leaves this post to head up the DA’s new governance unit which has been tasked with supporting DA governments to ensure that they deliver more effectively.

Selfe has held the position of chairperson for the past 19 years, serving during the leadership tenures of Tony Leon and Helen Zille. He is widely regarded as a reservoir of the party’s institutional memory.

What is this role?

The DA’s constitution states the person in this position is “entrusted with and responsible for the organisation and administration of the party, and for developing and maintaining a high degree of efficiency in the party”.

It is a role similar to that of the ANC’s secretary-general, albeit that the DA has a different party structure and do not prescribe to the Soviet doctrine of democratic centralism like the ANC.

This means the DA’s different structures have a bit more autonomy than that of the ANC. It is viewed as a key position in the party structure – an integral cog in the party machinery.

How does this differ from the federal chairperson?

The federal chairperson is very much a deputy to the federal leader.

The DA constitution prescribes the following tasks for the federal chairperson:

Presides over the federal congress; deputises for the federal leader if he or she is absent or incapacitated; performs whatever tasks and functions are delegated to him or her by the federal council or federal executive from time to time; is responsible for the coordination and alignment of party policy.

What is the DA’s federal council?

It is the party’s policy-making and governing body when the federal congress is not in session.

The federal council consists of the following:

The federal council must meet at least three times a year at times and places determined by the chairperson and is obliged to do so by the decision of the FedEx or when requested by a petition signed by at least 30% of its members.

How does this differ from the FedEx?

The FedEx performs the functions and exercises the powers of the federal council when the council is not in session, but only the full federal council may approve candidate selection regulations and any amendments thereto and any political performance assessment system for public representatives.

The FedEx consists of the following: