The 44-year-old's family announced his death in the early hours of Friday morning, following a lengthy battle against colon cancer. 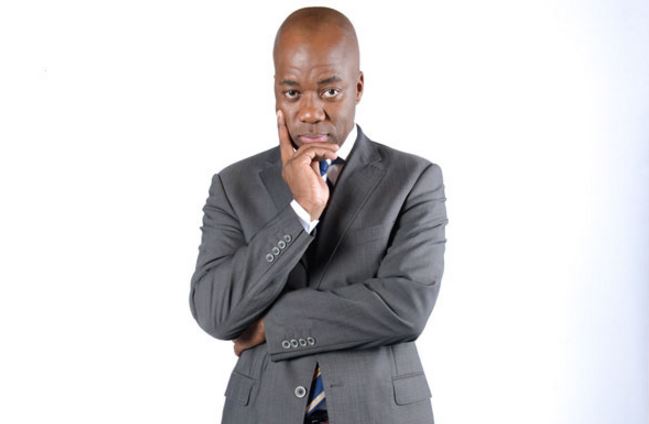 The world is indeed a lesser place without veteran broadcast journalist Xolani Gwala, the South African National Editors’ Forum (Sanef) said in a statement on Friday.

“His brave fight against cancer inspires us and he was courageous. He loved South Africa. We lost a lover of democracy,” said Sanef chair Mahlatse Mahlase.

The 44-year-old’s family announced his death in the early hours of Friday morning, following a lengthy battle against colon cancer.

“Xolani had a special pedigree. He was a hard-hitting broadcaster but respectful to his guests. He always got the answers without being rude. He loved radio, and he believed in its power to hold those in authority accountable and as a vehicle for South Africans to talk,” Mahlase said.

She also described Gwala as an ultimate gentleman, even when he was off-air.

“He was the ultimate gentleman, friendly, cared about his colleagues and he had that infectious laugh that calmed everyone and anchored his success on team success,” she added.

Gwala began his career two decades ago at the SABC in Durban, KwaZulu-Natal, in the early 90s. He went on to host a current affairs show at SAFM, Johannesburg, his TV show Asikhulume on SABC and finally went on to Radio 702 to host his talk show.

In his early days at the public broadcaster, he served as a freelance bulletin producer/presenter on Radio Zulu (Ukhozi FM) in the mid-90s in Durban.

Former SABC Radio News editor in KwaZulu-Natal Judy Sandison said: “He soon proved his mettle and was appointed on the permanent team. He was always up for a challenge and had such an engaging personality both on and off-air. His popularity with audiences kept increasing as he embraced the opportunities for multi-skilling.”

Former SABC executive producer and news editor, and Sanef founding editor, Mary Papayya, described Gwala as a “one of a kind journalist”.

“Xolani was a consummate professional and ethical to the core. He was a rare breed of journalist who cared for more than just the story. For him, issues of racial diversity, the transformation of the newsroom and diversity in storytelling (language and narrative) and imperatives of human voices were important elements of the news. He was a feisty anchor who held those in power accountable.

“He was part of a core of young black journalists whom I mentored and we debated at length on critical matters of transformation and ethical decision making. As an executive producer and news editor at the SABC in the early 90s (as part of the team to transform the news and the SABC), he held us all in leadership accountable,” she said.

Tributes continue to pour in for Gwala.

Makhura said Gwala was a passionate journalist who executed his duties without fear or favour.

“We are deeply saddened by the passing of Mr Gwala and express our deepest condolences to his family, friends and colleagues. He played an indispensable role as a facilitator of conversation and ensured that those who are occupying positions of responsibility in our country are held accountable.

“He was a brilliant newsman and an extraordinary human being,” he said.

Meanwhile, the EFF sent its “heartfelt and revolutionary condolences” to Gwala’s family and friends.

The party commended the broadcaster for being a “fair show host” who treated his guests with “respect even as he asked them tough and critical questions”.

The ANC also sent its condolences, saying “his passing has robbed our country of one of its best sons who dedicated his life to the cause of building a better South Africa”.

“The ANC urges Talk Radio 702 and the media fraternity to ensure that the memory of Xolani does not die.”

On behalf of President Cyril Ramaphosa, who is currently on his way to Japan for the Rugby World Cup, Acting South African President Angie Motshekga said: “We have lost a youthful veteran in an important sector in our country. As a professional who qualified in the mid-1990s, Xolani Gwala carried with him the values of our transition to democracy – the values of listening and being open to views that conflict with or offend your own, and a focus on solutions.

“We will miss his voice, his insight and his love for our country but we will remain grateful that he gave a voice to thousands of South Africans who shared their joys and frustrations in life on the many platforms Xolani commanded with excellence.”