Ryland Fisher says: 'Rest in peace, my brother. Your words will always inspire us.' 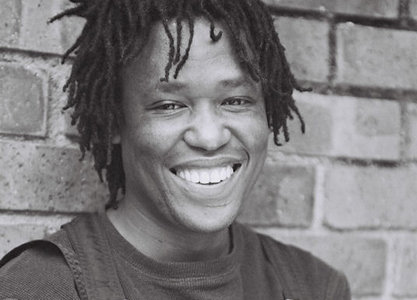 Renowned South African writer, activist and poet Sandile Dikeni has died. He was 53.

“I think Sandile for me was somebody who was able to reflect the mood of the nation in poetry in a way very few people would. He was an amazing poet, but also a truly remarkable human being,” said Ryland Fisher, a former Cape Times editor who knew Dikeni since the 1980s.

Fisher said he was unique in his expression of words and art.

He employed Dikeni as the newspaper’s arts and lifestyle editor, describing him as a talented artist and leader.

Fisher said that when he appointed Dikeni, there was controversy in the newsroom.

“It caused a huge outrage and uproar. We have to remember that during that time, there were 90% white people in the newsroom. He was also not a journalist, but a poet.”

Fisher added that he and Dikeni discussed the backlash.

“I remember him realising there would be a backlash. We talked about it a lot because I was in the same situation. We spent many moments together talking about these issues and the complexities behind them.”

“He ended up being an amazing addition to the newspaper and helped the lifestyle section grow greatly. He went far beyond anyone’s expectations. We became a lot closer during that time.”‘

“You asked us to stay with you, Sandile Dikeni. Now you have left us way too soon. Rest in peace, my brother. Your words will always inspire us.”

Fisher said he had fond memories of Dikeni from the early 1980s.

“We knew each other from the early 80s when he was at the University of the Western Cape as a young activist. Back then, he wrote angry poems.”

He said that as time went on, Dikeni’s poetry evolved.

“As we went on in the 90s he started writing hopeful poems about the beauty of our country. He would even write some romance poems.”

Fisher said that after a serious car accident about a decade ago, Dikeni “was not the same”.

“There was a lot of memory loss apart from physical injuries. When I would bump into him in recent years, he would struggle to remember me. But he would always look at me, and eventually place who I was.”

Dikeni served as the spokesperson for the South African minister of housing and was one of SA’s foremost social commentators.

He was also an editor of Die Suid-Afrikaan, as well as a reporter there.

He also established the youth radio station Yfm, according to a short biography on Africa Leadership Initiative’s website. Dikeni was a part of the first cohort of fellows of the initiative.

He had an extensive career in the arts, having published the poetry collections Guava Juice and Telegraph to the Sky as well as an anthology of his newspaper articles and essays, Soul Fire: Writing the Transition.

Word of his passing drew condolences and tributes from members of the arts and media industries.