Customers are urged to stay away from low hanging conductors and fallen structures. 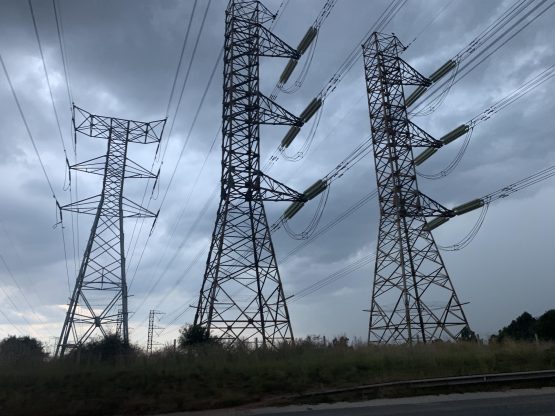 Eskom said on Wednesday it was fixing the infrastructure that had been damaged by a severe storm and tornado that “wreaked havoc” in New Hanover, Pietermaritzburg, a day earlier.

Technicians found that 15 networks in the Mpolweni, Dalton, Wartburg, Albert Falls, and Swayimani areas had been affected, leaving around 15,000 people without power.

“Supply to about 5,000 customers was restored overnight and work is currently going on to restore power to the rest of the affected customers,” said Eskom’s Kwazulu-Natal spokesperson Joyce Zingoni.

She said restoration would take longer than usual, as some structures and lines were down.

“Customers are urged to stay away from low hanging conductors and fallen structures.”

People should treat all installations as live for safety reasons. While the extent of the severe storms and tornado that hit parts of the province is yet to be determined, at least two people have been confirmed killed and 20 injured.

The injured were treated for minor to moderate injuries at the Mpolweni settlement near Wartburg on Tuesday night.

On Tuesday, the department of cooperative governance and traditional affairs (Cogta) in KwaZulu-Natal activated councillors and volunteers to assist affected communities after a tornado hit New Hanover, Pietermaritzburg.

The tornado, according to the department, “ripped through the area, injuring scores of people and damaging homes and public infrastructure”.

This was confirmed to News24 by South African Weather Service (SAWS) forecaster Edward Engelbrecht: “It was a tornado on Tuesday afternoon in New Hanover, Pietermaritzburg.”

He said a team was yet to rate the scale of the damage caused by the tornado.

Too late for Eskom to try and fix old power stations, says expert
20 hours ago
20 hours ago

Too late for Eskom to try and fix old power stations, says expert
20 hours ago
20 hours ago