Given how valuable the Springbok captain has become, his well-being in busy year will be crucial. 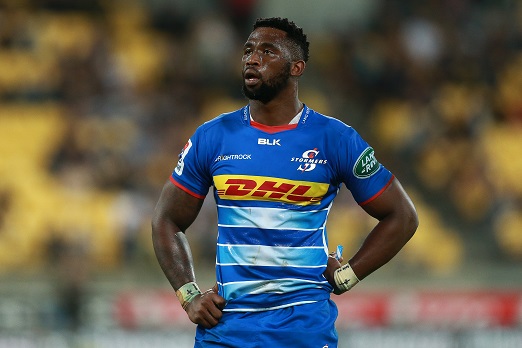 Siya Kolisi of the Stormers looks on during the round six Super Rugby match between the Hurricanes and the Stormers at Westpac Stadium on March 23, 2019 in Wellington, New Zealand. (Photo by Hagen Hopkins/Getty Images)

Stormers coach John Dobson has confirmed that Siya Kolisi will lead the team in next year’s Super Rugby competition but stressed the importance of managing the Springbok captain carefully.

“Siya will be the skipper,” Dobson told reporters at the Stormers’ High Performance Centre in Bellville on Monday.

While the Stormers are hard at work preparing for next year’s Super Rugby edition, Dobson said the World Cup-winning Springboks would only return sometime in December.

Dobson will give the returning Boks more time off after a gruelling week in which they toured the country on the Springboks’ trophy parade.

“It was going to be the second of December, with the exception of Pieter-Steph (du Toit – as per agreed in his contract), but the players have spent a week on a bus, so we may be pushing (their return) back a week or two,” Dobson said.

Kolisi has become a superstar in the country and managing the Bok skipper would be paramount, Dobson stressed.

“He is the captain and he’ll be the leader of the group but I shudder to think of the demands being made of him at the moment. We’re going to have manage him.”

Dobson said he would sit down with Kolisi to plot a way forward for the season ahead.

“I’d be guided by him. I think that’s the right way of doing it. I don’t want to be overly naïve… we have to get momentum early in this competition so there’s less pressure on us when we go on tour. And maybe that’s the window where we could give him a bit of a break.”

In case of Kolisi getting a break, Dobson said he was impressed by the leadership abilities of another Springbok.

“Steven Kitshoff did a great job as captain this year,” the coach stressed.