Allegations made against Willem Breytenbach when he was a teacher by Deon Wiggett has resulted in 16 other men coming forward, a revelation that has shocked Naspers and Media24. 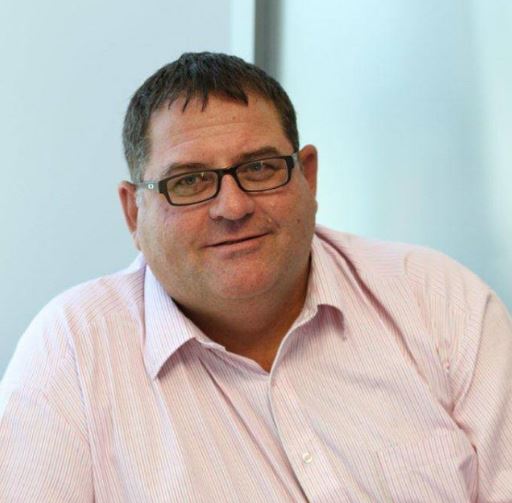 Media24 and its holding company, Naspers, have expressed shock at the allegations of sex crimes against former senior executive Willem Breytenbach who served in various senior positions in both companies.

This follows revelations by Johannesburg copywriter and advertising executive Deon Wiggett that he was raped by Breytenbach while he was a minor in 1997.

Since the publication of Wiggett’s first revelations two weeks ago, numerous men who were allegedly attacked by Breytenbach while he was a teacher at three high schools including Grey College in Bloemfontein, and in the employ of Media24, have come forward. There are currently 16 men claiming to have been victims of Breytenbach.

Esmaré Weideman, the former CEO of Media24, told News24 she was not aware of any allegations, but had it been brought to her attention “no stone would have been left unturned to investigate them promptly and thoroughly”.

Media24 condemns in the strongest possible terms any form of violence and abuse. We take our responsibility towards our people very seriously and are committed to promoting a workplace that is safe, healthy and free from abuse or harassment. We have policies and procedures in place to address related complaints and reported incidents.

Media24 considers all staff records as confidential and we respect our current and former employees’ right to privacy. However, given the seriousness of the allegations brought to our attention, we have reviewed staff records and can confirm that Willem Breytenbach was employed by Media24 in various positions from 1995 to 2014 when he resigned to start his own business.

As always, Media24 is willing to co-operate fully with the authorities if required.

1. Were there necessary checks done into his past employment as a teacher before Breytenbach was appointed to Die Burger in 1995?

The usual checks were done at the time.

2. Was Media24 ever made aware, formally or informally, of any complaints of sexual harassment, predatory or assault against Breytenbach when he worked at the company?

We have no record of any complaints of this nature made against Breytenbach.

3. Were any other complaints, including bullying, emotional abuse or intimidation, ever levelled against Breytenbach by his colleagues at Media24? Was this dealt with?

We have no record of any complaints of this nature made against Breytenbach. There is also no record on his personnel file of any grievances instituted.

4. Why did Breytenbach leave the employ of Media24 in 2005 to go to India for Naspers? Did his move to India have anything to do with allegations of wrongdoing made against him in South Africa?

In terms of an agreement between Media24 and its former sister company in the Naspers group, MIH Print Media, Media24 was responsible for the expansion of MIH’s international print media operations during the mid-2000s. A number of senior Media24 employees – selected on the basis of their depth of media knowledge, skills and experience – were seconded to support this effort. We are not aware of any other reasons behind Breytenbach’s secondment.

5. What is the company’s reaction to the revelation that Breytenbach allegedly raped Wiggett as a schoolboy while he (Breytenbach) was in charge of the Nasionale Skoolkoerantprojek?

We were shocked by the allegation.

6. Many sources inside Media24 have told us that Breytenbach’s affinity for young men with a similar profile (white, blonde and skinny) was the “worst-kept secret” in Media24 and that he surrounded himself with these men at Die Burger, Huisgenoot, magazines and MyEdit. Did the company ever flag Breytenbach’s appointments and/or was this ever addressed by his line managers?

We have no record of appointments made by him being flagged for any reason.

7. Breytenbach has been described to us as a “bully”, “intimidating”, “manipulating” and “predatory” by former colleagues at Media24. In light of Wiggett’s revelations, does the company believe it could have done more to protect its employees and schoolchildren attending the Skoolkoerantprojek from him?

We have no record of any of these alleged behaviours being flagged or reported either by Media24 staff or schools (including teachers and pupils) who took part in the Skoolkoerantprojek.

8. Will Media24 institute an investigation into Breytenbach’s tenure at the company?

We have already reviewed Breytenbach’s personnel file and spoke to former colleagues. We have found no record or evidence of any of the issues raised and/or allegations made being flagged or reported during his employment at Media24.

“Naspers regards this matter seriously and condemns any act of violence or crime in the strongest possible terms. We are appalled by these distressing allegations and had absolutely no knowledge of the alleged actions of Willem Breytenbach. The alleged behaviour is completely unacceptable and we will co-operate fully with any investigation, if required.

“As editor of Huisgenoot, YOU and DRUM, Willem never reported to me though we obviously had a close working relationship as he was the publisher of these publications at the time. We both reported to the then-CEO of the magazine division, John Relihan.

“In my capacity as editor, and in later years CEO of Media24, I was never aware of any complaints of any kind against him. Similarly, his appointments or promotions were never flagged as problematic with me or anyone in the various teams I led during his employment at Media24.

“I am following the story with keen interest and am deeply shocked by the allegations against a former colleague. If these allegations had ever reached me as CEO or my HR manager, no stone would have been left unturned to investigate them promptly and thoroughly.”

Warrant Officer Rowan Andrews is the investigating officer in the case. He has confirmed to News24 that the criminal investigation into Breytenbach is ongoing and has asked members of the public with information that can assist the case to contact him on 082 729 8155 or 012 590 1001. News24 is continuing its investigation into Breytenbach. If you have information about him or his whereabouts, send an email to tips@24.com .

The final episode of My Only Story will be published on November 28.

Before founding his own companies, Breytenbach headed the digital division of Media24 magazines. He also headed the Media24 weekly magazines division. Prior to that, he headed up business development for Naspers in India. He started his career with the company as an education reporter at Die Burger, before becoming business editor and later news editor. He also headed the school newspaper project.

News24 is owned by Media24, a division of Naspers.

This is why News24 is naming Willem Breytenbach

On Thursday, Deon Wiggett – who has been tracking down the man who allegedly raped him more than 20 years ago in a four-part true crime podcast supplied exclusively to News24 – unmasked the man he had previously referred to as “Jimmy” as Willem Breytenbach, a former Grey College teacher and Media24 executive.

Wiggett has since found a number of Breytenbach’s alleged victims who have come forward to tell their stories.

Some of these claims of sexual abuse of minors took place while Breytenbach was a teacher at, among others, Grey College in Bloemfontein in 1989 and 1990.

Others allegedly took place when Breytenbach was involved with a school newspaper project while in the employ of Media24.

Since the publication of the first podcast on November 7, Breytenbach has closed all his social media accounts and has been unreachable by phone. He has also subsequently closed his business, Lightspeed Digital Media in Cape Town, and told nearly 30 employees to resign. His whereabouts are unknown, despite several attempts to locate him through former colleagues and family members.

De Klerk told News24 the media had in the past identified various alleged sex offenders based on disclosures made by their victims.

“In many cases, that is all you have to go on because these offences tend to happen behind closed doors.

“In this instance, we have Deon Wiggett who has made these claims under his own name.

“But it doesn’t stop with Wiggett’s claims. Several others have independently come forward with similar allegations, mostly dating back to times when they were minors or young adults and Breytenbach was in a position of authority and trust.”

Wiggett, as well as two other men, have made statements that are in the possession of News24’s lawyers.

“It is therefore in the public interest to expose these allegations and to identify Breytenbach.”

The information we have points to a behavioural pattern, which may present an ongoing risk.

“We have good reason to believe that the evidence presented to us is the truth and will stand up in court. We believe that News24 is entitled to publish these allegations in the public interest,” De Klerk said.