It’s official (sort of): ‘Doctor’ Jannie and Carlu Sadie are at the Lions

The three-time Super Rugby finalists are in a transitional phase, but this duo provides much-needed stability. The cat is out of the bag (or rather, the feline finally tore it enough to escape): Jannie du Plessis and Carlu Sadie will be the Lions’ bolters at tighthead in Super Rugby next year.

Various reports had earlier indicated the duo – one a Springbok legend and the other one of the most promising No 3s in the country – would be reporting for duty in Doornfontein.

Instead, the Lions posted a feature on their website, citing all the props who’ll be at new coach Cash van Rooyen’s disposal for 2020’s edition … and guess which two names are also published?

A picture on its Facebook page also confirms that the two men are training in Johannesburg. 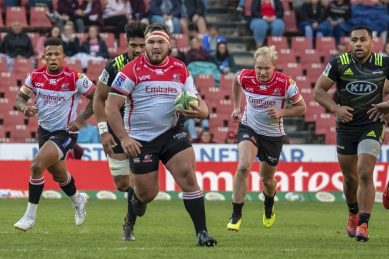 22-year-old Sadie’s signature was deemed non-negotiable after he starred on loan in 2019 and was deemed surplus to requirements at the Stormers, who have both Frans Malherbe and Wilco Louw on their books. Du Plessis’ recruitment is somewhat of a bonus after he completed a four-year stint with French giants Montpellier, but his experience and continued fitness will be vital in what is expected to be another transitional year for the three-time Super Rugby finalists.