Addressing guests and listeners on air, he said the issue between him and his wife was a personal one despite him being a public figure. 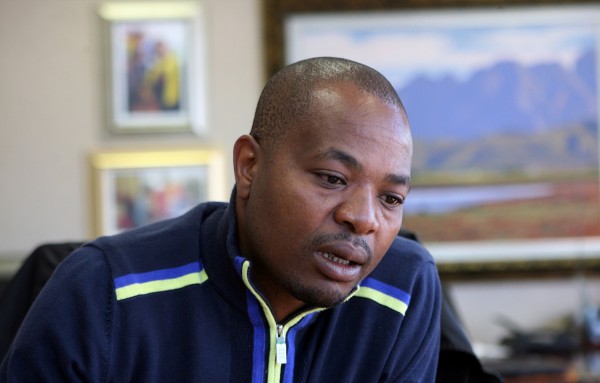 Power FM chairperson Given Mkhari has explained events leading up to the cancellation of the Chairman’s Conversation after President Cyril Ramaphosa bowed out at the last minute.

In a statement on Thursday, the Presidency said Ramaphosa had pulled out of the event following pressure from civil society organisations Wise 4 Afrika and the Soul City Institute, who raised concerns after Ipeleng Mkhari laid charges of assault against her husband last year.

The statement was released just before the event was to begin.

In it, spokesperson Khusela Diko said: “President Ramaphosa firmly believes that he, like every other South African, has a responsibility to do everything within his means to confront gender-based violence, and to do nothing undermines the effectiveness of the national effort.

“The Presidency emphasises that the non-participation of President Ramaphosa should not be read as an endorsement of the untested allegations raised by the civil society organisations, but a carefully weighed-up decision taken in the public interest.”

While the charges were eventually withdrawn, both organisations said in a statement Given had not accounted for his actions.

Addressing guests and listeners on air at the event, he said the issue between him and his wife was a personal one despite him being a public figure. It was broadcast on Power FM, Capricorn FM and eNCA.

“As human beings and individuals, we have the right to privacy … to the extent that we are not ignorant of the nature of what we do, we still communicated or acknowledged that something wrong had happened between us and asked friends, family, colleagues and the public to accord us privacy,” Given said.

He added before the event, his wife, the Presidency and NGOs had tried to find a solution to the matter, even looking for someone else to host the event.

Given opted to cancel the event, which he announced while addressing guests.

“We absolutely respect the decision of the Presidency. We also acknowledge that leading a country of about 58 million people is not child’s play, there are a whole lot of considerations and things at play that ordinary citizens like us may never understand,” he said.

“We will continue everything humanly possibly within our means to ensure this country succeeds, and that’s all we set out to do. We will continue to be open to debating people’s views about us as individuals and as an organisation because the nature of our business is dialogue.

“I want to thank the efforts that I’ve seen made by the Presidency to ensure that he honours the commitment that he made to us. I want to thank and maybe acknowledge people who, when they feel strongly about something, they do something about it,” Mkhari said.

“Over the past weeks … or year, team Power … [is] not aware of new-found developments that would justify us being treated different, but it’s possible that with time we will come to be aware.”