We have lost a great leader – Ramaphosa on King Sigcawu

President Cyril Ramaphosa has bid farewell to King Mpendulo Zwelonke Sigcawu during his funeral on Friday at the Nqadu Royal Palace near Willowvale in the Eastern Cape. 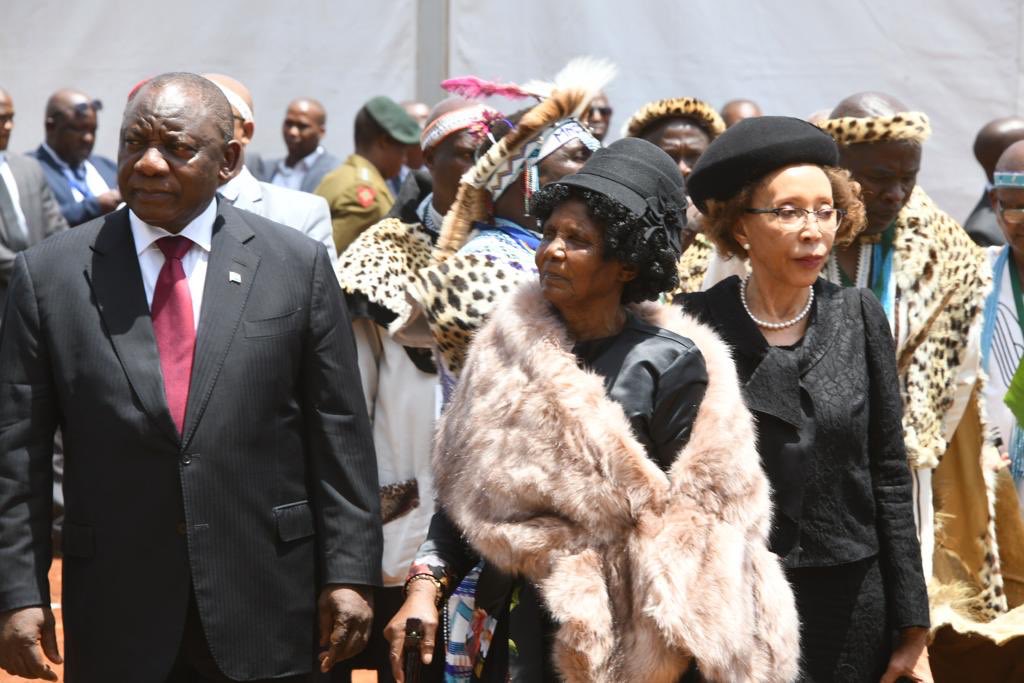 President Cyril Ramaphosa joins the funeral procession as the cortege departs for the burial site during the Special Official Funeral service of His Majesty the late King Zwelonke Mpendulo Sigcawu. Picture: Presidency

Ramaphosa told mourners that it was with a heavy heart that “we gather here today”.

“We have lost a great leader. His Majesty’s passing is indeed a reminder of the shortness of our life on this earth,” he said.

President #Ramaphosa: I once again convey my deepest condolences to the entire AmaXhosa nation for your loss.#RIPKingSigcawu pic.twitter.com/fkWN7Ni9r2

Ramaphosa said the king’s passing was a reminder to everyone to spend their time on earth wisely in performing good deeds and in being of service to others.

“We are saddened, but we know that no matter how much we wish to, we cannot hold back the hand of fate.”

Ramaphosa said the country had lost a king whose impact and influence extended beyond borders.

“The tributes that have poured in from Botswana, eSwatini, Lesotho, Zimbabwe, Uganda, Palestine, Venezuela and many other countries are proof of how he was not only recognised, but revered by others beyond our country.”

“We are immensely comforted by the condolences and messages of support. Such gestures of solidarity go a long way in affirming our oneness as Africans.”

The president said that during the king’s 50th birthday celebrations last year, he had been upfront about his disdain for flamboyance.

He believed that traditional leaders were servants of the people and should lead by example.

“His Majesty was concerned about poverty among his people and promoted the establishment of cooperatives to reduce dependence on social grants.

“This country needs more leaders like him, leaders who care about the welfare of the people first and foremost.”

Ramaphosa said the king was also vocal about drug and alcohol abuse, and had advocated passionately for youth development.

“His Majesty believed firmly that women’s rights should be upheld.

“During this period of 16 days of activism against gender-based violence, we would like that the word and message should be spread that women and children should be respected.”

No matter what ANC fails to do, it remains electorally powerful
10 mins ago
10 mins ago

No matter what ANC fails to do, it remains electorally powerful
10 mins ago
10 mins ago