At least 700 shacks destroyed by floods, people trapped in Mamelodi

Communities across the city are in dire need of help after being affected by the flooding. 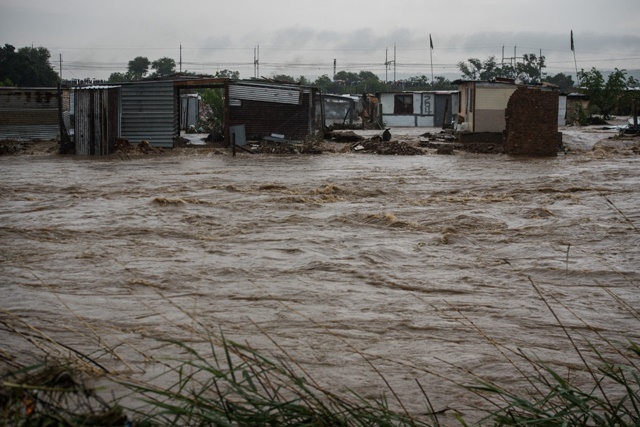 Residents of the Eerste Fabriek informal settlement in Mamelodi are pleading for help after at least 700 shacks were destroyed by the major floods that hit parts of Gauteng on Monday.

The informal settlement, which is situated along the banks of a river that flows through Mamelodi, felt the full brunt of the floods that have left many people homeless.

A resident of the settlement, Prince Mavhungu, said the flooding started on Sunday but got much worse during the early hours of the morning.

GALLERY: Flooding wreaks havoc in Tshwane … and it’s not over yet

Likening it to a flash flood, Mavhungu said they tried to move people to a safer place on higher ground but failed to move everyone.

He added the Eerste Fabriek informal settlement had fallen victim to flooding in the past.

“These people placed themselves near the river where people are not supposed to live. This is about the third time it’s happened. They need accommodation and now they are flooded.

“We are pleading with the government to help us find an alternative safe place to move to. We live here because we have nowhere else to stay.”

By Monday afternoon, there were still people trapped in the informal settlement.

The head of communications in the City of Tshwane, Hilgard Matthews, said its rescue teams were on the scene and would be going into the informal settlement to assist those who are stranded.

He added communities across the city were in dire need of help after being affected by the flooding.

“So far no one has been reported as missing and we hope it remains that way. We don’t want anyone to drown during this flooding,” Matthews said.

Acting Gauteng Social Development MEC Panyaza Lesufi, who visited Eerste Fabriek on Monday afternoon, said all resources at the disposal of the province have been released to help deal with the aftermath of the floods.

This included emergency food, blankets and all other related material for families who are in distress.

“We can carry them for the next 48 hours until the situation is under control. We are also working with local authorities; I know the emergency team is here,” Lesufi told reporters.

He said the department had been inundated with calls from around Tshwane, and it had spread its resources to provide the necessary support.

“What is happening here is [a] very serious disaster and we need to find a way of assisting. I’m glad the local authorities are here, and the emergency services are here to rescue and assist us together in this situation.”

Sometimes things have to fall apart to fall in place
1 week ago
1 week ago
PREMIUM!

Power outages due to weather: Eskom attending to faults in these districts
2 weeks ago
2 weeks ago

Sometimes things have to fall apart to fall in place
1 week ago
1 week ago
PREMIUM!

Power outages due to weather: Eskom attending to faults in these districts
2 weeks ago
2 weeks ago