Picking rocks out of sandbags: the humbling, heartening journey of Tiaan Swanepoel

One of the Lions' new recruits in effect had to become an amateur to work himself back into professional rugby. 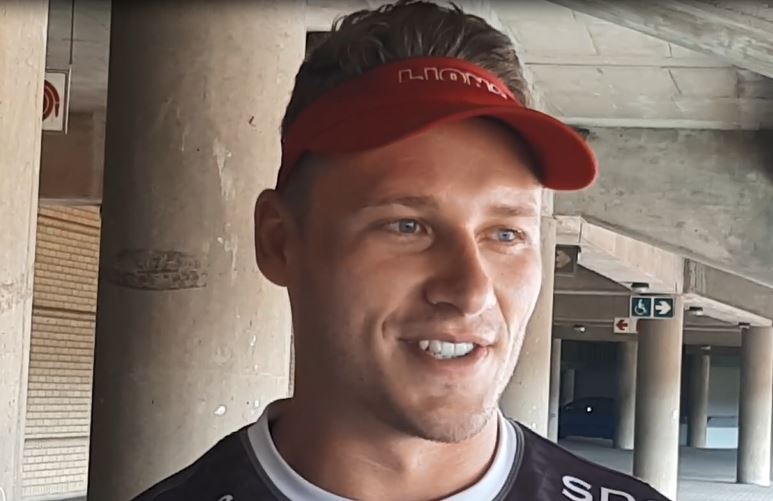 Tiaan Swanepoel worked as a labourer in Australia before being recruited by the Lions. Picture: Getty Images

In May last year, Tiaan Swanepoel became an instant cult hero of Concord, a 14 000-strong suburb of Sydney.

Staring defeat squarely in the face against fierce rivals Gordon, the West Harbour Pirates’ on-field brains trust decided it was time to see if the legend was true: South African goal kickers have huge boots.

Swanepoel lined up the ball from the tee, didn’t try to force things … and nailed a massive 60m penalty, in the process forcing a morale-boosting 23-all draw in the local Shute Shield.

It was a nice bout of acknowledgement for the 23-year-old, who didn’t exactly enjoy the comfortable livelihood of an established professional player.

In fact, his existence in Australia mirrored that of a rugby player in the 1960s and 70s.

“I had an eight-to-five day job. And it was hard labour. It was totally new. I had come from Cape Town and Maties where I’d never worked a day in my life. It was all very new,” Swanepoel, one of the Lions’ new recruits for 2020, said this week.

“I held three jobs during my time in Sydney. I actually worked in factories! One of my jobs was at a firm selling sand. I had to take bags of sand and physically pick out rocks that were too big. Some days I would have to weigh the volumes and so forth.

“At one stage I was working for a technology firm. I had to move television sets and sound systems the whole day, from eight to five. It’s boring, I know. But you do what you have to make a bit of money.”

Little wonder then Swanepoel, a former pupil from Stellenberg, found the journey so humbling.

He had played Varsity Cup for Maties for two seasons and notably kicked Western Province to 2017’s national Under-21 championship, ending as the highest points scorer.

Yet a hip injury meant he missed the Stormers’ pre-season campaign the following year, rendering him an unfortunate, but suitable candidate to have his contract cut as Province’s cash crunch intensified.

In addition to the considerable physical demands of his day jobs, the utility back still – like the good ol’ days – had to report for training on weeknights.

“As a professional, your whole life is training and conditioning. In Sydney, I quickly realised that you’re putting immense pressure on your body. You need to get your sleep in and you need to focus on recovery,” said Swanepoel.

Refreshingly, he’s honest about how unglamorous his daily life was Down Under, but it’s sheer monotony was the perfect way for him to appreciate his biggest love: playing rugby.

“I found that doing a job that you didn’t like, you just focused so much more on your rugby and what you want to achieve in life.”

And so, the Lions – specialists in picking out rough diamonds like Swanepoel had to pick out rocks – came knocking.

“I’m excited. It’s an interesting approach the Lions have here. We’re going to try and see if we can play a running and kicking game. We can change it up a bit.”