The legendary photographer died aged 64 on Sunday in the presence of his family at home. 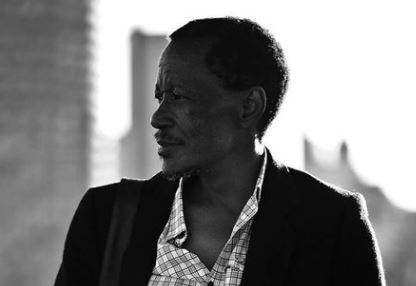 “It is a very sad day. He was a very good friend and colleague and we had many journeys together in a fractured society, so our friendship was important.

The legendary photographer died aged 64 on Sunday in the presence of his family at home.

Weinberg and Mofokeng were the founding members of the Afrapix collection that produced documentary photography.

“He was an extraordinary person that took photos at a time when South Africa was burning, but he was not interested in that, he was only interested in humanity,” he added.

The body of work Mofokeng should be remembered for was “Train Churches”, according to Weinberg who praised the poetic manner of the series taken in a mundane environment circa 1986 of ordinary black South Africans travelling on a commuter line between Soweto and Johannesburg.

“That is the series that took Santu to another level, ‘Train Churches’ was extraordinary and Santu brought beauty to that body of work,” he said.

Mofokeng was born in 1956 in Soweto, Johannesburg, and started out as a street photographer taking black and white photographs that captured his vision.

According to South African History Online (SAHO), his curiosity with photography began when one of his sisters gave him his first camera.

In 1985, he joined Afrapix following a period where he worked in a darkroom, which grew into him becoming a news photographer.

In 1987, the SAHO reported, he joined the New Nation newspaper.

Then in 1988 to 1998, he worked as a documentary photographer and researcher for the African Studies Institute’s Oral History Project at the University of the Witwatersrand

Mofokeng’s work not only received recognition on the continent, but in Germany and the US as well.

“I will miss his wonderful laugh, our friendship [the most] and sharing our visions of the world and his ability to always look at the lighter side of a polarised country,” Weinberg said.

Tributes are continuing to pour in for the icon.