No regrets for Josh Strauss despite Lions’ massive revival

He'll forever remain a cult hero at Ellis Park, but the new Bulls veteran isn't worried about missing out on his previous team's golden period. 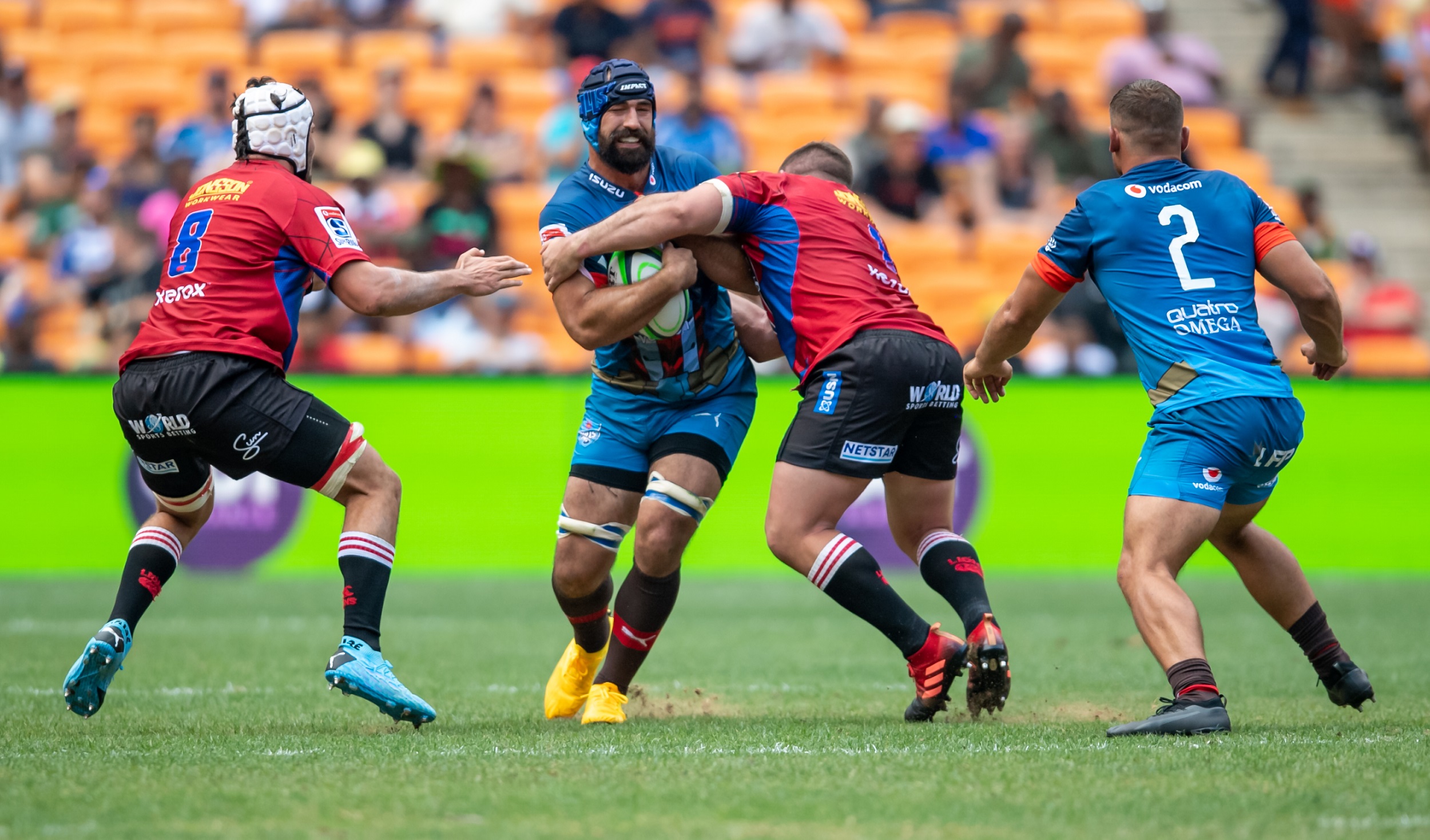 Josh Strauss of the Bulls in action during the SuperHero Sunday match between Vodacom Bulls and Emirates Lions at FNB Stadium on January 19, 2020 in Johannesburg, South Africa. (Photo by Anton Geyser/Gallo Images)

Josh Strauss, with his bustling style of play and barbarian-like beard, immortalised himself in the annals of Lions rugby when he lifted 2011’s Currie Cup trophy as skipper.

Yet he left for Scotland and Glasgow Warriors with the union at its lowest ebb a year later – relegated from Super Rugby and left in the backwaters.

No-one begrudged him the move, but the Lions’ revival in reaching three consecutive Super Rugby finals predictably makes one wonder what could’ve been.

“The interesting thing is that you’re more chuffed about the team’s success because of your mates playing there,” the 33-year-old flanker, who’s one of three experienced signings made by the Bulls for Super Rugby this season, said.

“It’s some of your best friends playing there. At my age in rugby and given the nature of the player market, I watch my friends play. It’s not a case of following a team or supporting one. Obviously, the teams you played for tend to have the individuals you’ve made long-term friendships with.

“Obviously very proud of what the Lions have achieved, but it’s the guys who made it possible.”

The Scottish international, who has now called time on his Test career, is particularly chuffed with the dramatic impact Warren Whiteley has had, be it as player or newly-installed assistant coach.

“Everyone is familiar with his influence. Warren and I started off together at Ellis Park. We were both hopefuls of making it into the team and we did,” said Strauss.

“It’s great watching how successful he and the team have been. I felt they were unlucky not to win a Super Rugby title, that would’ve been awesome.”

Living in the past, however, is not something he’s preoccupying himself with.

“I enjoy the clarity I’ve been given here. I’m excited to represent the Bulls,” said Strauss.