Get ready for Silver Salvo this weekend

The vacant WBC silver light-heavyweight title is on the line this weekend when local favourite Ryno Liebenberg and Denis Grachev meet in the headline bout of the “Silver Salvo” bill at Emperors Palace. 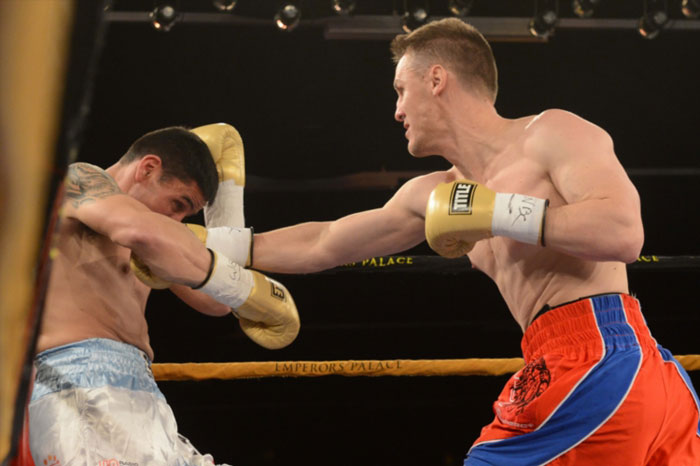 The two came face to face at this afternoon’s pre-fight medical at the casino venue and each promised to put on a show come Saturday night.

“I’m feeling good. I went to see him at the airport when he arrived on Monday night just to check that he was ready,” Liebenberg, who has yet to lose in 15 fights, said.

‘I take it as a joke. There’s no way he can beat me,” Grachev – who has a career record of 13 wins, three losses and a single draw – said.

Other bouts on the night see Kevin Lerena make a return to action when he meets Marcos Aumada of Argentina in a cruiserweight contest while Ashley Dlamini steps into the ring for the first time since injury late last year when he meets Thanduxolo Gatweni in a junior-lightweight bout.