‘So much money?’ say unimpressed South Africans on MP salaries 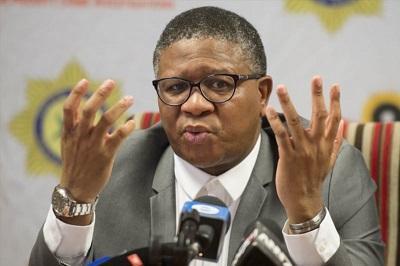 Transport Minister Fikile Mbalula was highly criticised on social media after sharing a report of salaries of the country’s government officials as recommended by the Independent Commission for the Remuneration of Public Office Bearers on Friday.

How we earn …. familiarise yourself pic.twitter.com/6u9y4BtZH3

See below how much government officials will be earning this year: South Africans have taken to social media to voice their frustration over the salaries, in a country where the minimum wage is R3,500 and its people are living in poverty.

Twitter user @LuyandaTheGreat said: “In a country where minimum wage is R3,500 wow,” while Sibusiso Ngobeni replied: “John is living proof that with only a matric certificate, you too can earn R1,600,000 in this country, many doctors, lawyers, teachers, policemen, accountants, engineers don’t even earn that much… just saying.”

How we earn …. familiarise yourself pic.twitter.com/6u9y4BtZH3

Salaries should be based on the national average of the working class, then you will see action taken very quickly to improve the lives of all South Africans.

High Pay. No outputs. High Unemployment Poverty and Inequality. These are the things we measure govt success or failure

This was really unnecessary and reckless.
Considering that the gvt is failing to even over free sanitary pads to young girls.
Don’t get me started on the failing SOEs. pic.twitter.com/mejcWLyAhI

Tweeting this just to insult and cause more pain to those who voted u in power? Imagine somebody who is siting at home and busy thinking whr is she going to gt the Next meal for her child tonight? And u @MYANC think its apropriate to brag abt how lavish u living. Woow????????????????????????

Meanwhile the majority of your constituency is languishing in dire poverty. Some don’t even know where their next meal will come from????????‍♂️????

Ordinary members of parliament earn more than doctors (people who actually save lives) . Lapho abo good for nothing are earning more than a million and still take their spouses overseas with tax payers money. pic.twitter.com/PVsqrtQSgc

You forgot the tenders you give yourselves through family members minister. It’s not about the people and it was never about them. #Blacks

Imagine if yal were paid based on performance, ???? 95% of you would be Parliament Volunteers