The car stopped about 10 metres from a street pole and the ignition was turned off. 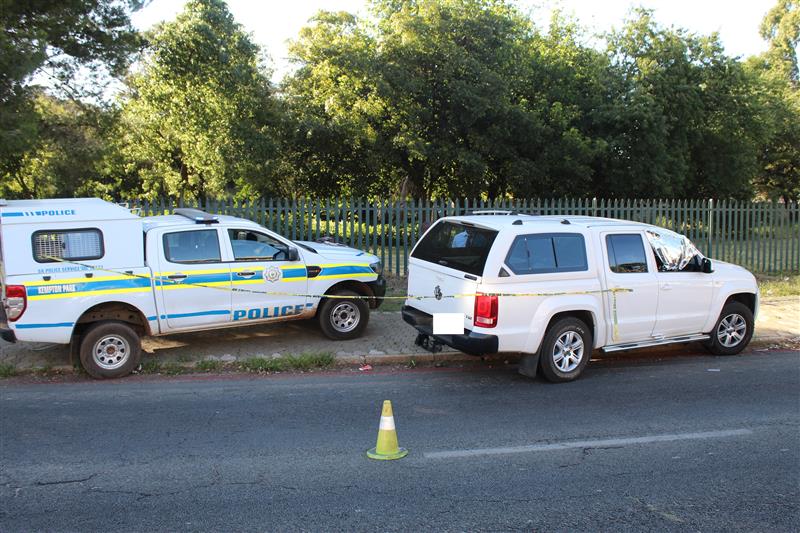 The scene on Monument Road on Monday morning.

A man was found dead in his vehicle on Monument Road, Kempton Park, early on Monday morning, reports the Kempton Express.

His Volkswagen bakkie was found across the pavement on the corner of Palm Avenue and Monument Road.

Charles Alfonso from Fonso’s Bakery said he noticed the car at 5.45am.

“I crossed the road to have a look and noticed he wasn’t moving. I felt no pulse and he was cold already. The car was untouched as the man’s cellphone, wallet and keys were still inside the car, as well as a TV under the canopy of the bakkie.”

He said it seemed as if the driver had hit a lamppost on the sidewalk as the pole was crooked and the left front side of the vehicle was damaged.

“The car was stopped about 10 metres from the pole and the ignition was turned off.”

Alfonso said an ambulance arrived on the scene and personnel told him they had noticed the car earlier around 3am and thought it was someone who had just pulled over.

“That’s a shame, they could potentially have saved his life if they simply inspected the suspicious vehicle.”

Police and metro officials were on the scene around 8am, leaving witnesses and onlookers wondering about the man’s death. The cause of death was not yet established.

The Express was awaiting official statement from police.