What Mboro ‘prophesied’ about the coronavirus outbreak last year

It seems the recent coronavirus outbreak has not taken Mboro by surprise. 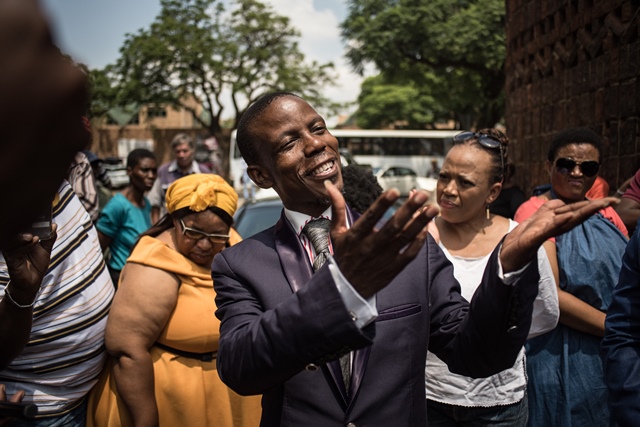 Incredible Happenings Ministry church leader Paseka ‘Mboro’ Motsoeneng has called on all Christians to stand up in prayer and seek God in the wake of the coronavirus outbreak.

Mboro said following the announcement of the first confirmed case of coronavirus in the country: “We need realities now where every Christian must seek God. We are sailing in the direction where churches and schools will have to close down because of the outbreaks. There is still another one that is coming that will affect the lungs. It will stay on top of the lungs and collapse them. God showed me about the insects that will bite people and spread viruses. God told me about locusts.”

This was not Mboro’s first apparent prophecy on the outbreak. He said earlier this year that 2020 would be a bad year for medical science because of many “incurable” illnesses that would suddenly come.

He claimed at the time: “God showed me that 2020 is going to be the worst year. We’ll see more disasters. Last week Sunday, God showed me planes crashing. We prayed and on Monday last week there was a plane that crashed in the DRC; it only crash-landed and did not kill people because I prayed and stood in the gap.

“God showed me a storm that was going to destroy houses, in places including Ekurhuleni; we prayed and it didn’t happen. You can check on Google where there were articles predicting that and it did not happen. We prevented a lot of deaths around December and January.

“And God showed more deaths around celebrities, gospel and secular artists and that we need to stand in the gap. God showed me a lot of incurable illnesses that will come suddenly. Medical science is facing great challenges in 2020.”

While churches are opting to cancel gatherings until further notice, Mboro told News24 his would continue as usual, further urging members of his church to practise good hygiene.

This is despite the ban on gatherings in excess of 100 people announced by President Cyril Ramaphosa, announced on Sunday evening.