Loggenberg says she found out she was pregnant the day she buried her son's father. 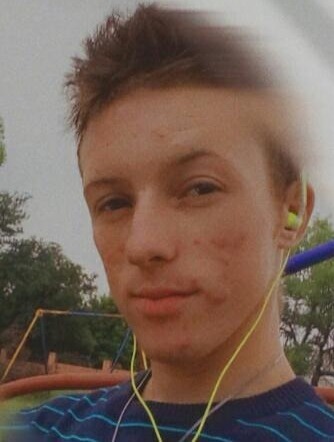 Marnus de Lange, 17, a matric pupil at Oosterland High School, died in his mother’s arms at Evander Hospital on Monday after complaining of headaches.

According to his mother, Yolandi Loggenberg, he complained of headaches on Sunday, 29 March.

“He and his oldest brother never get sick, so it was strange to me that he had such a terrible headache,” Loggenberg told Ridge Times.

“He ate and went to bed and woke up in the middle of the night complaining of headaches again.

“On Monday morning he threw up and later lay down on the bed with his brother and watched movies.

“He then got an attack and was shaken and we called the ambulance.”

Marnus was taken to Evander Hospital and Loggenberg told the medical staff that she thought they should do tests on his brain because he got the seizures and she thought something was wrong with his brain.

“He had six seizures on the bed next to his brother and another in the ER24 ambulance on the way to hospital,” said Loggenberg.

While she was unable to visit her son throughout the week in hospital due to lockdown regulations, she called the hospital daily to hear how he was doing.

The hospital’s staff called her on Friday and told her to go to hospital on Monday.

When she got there, they finally wanted to do tests on his brain after already doing several other tests that found nothing wrong. However, it was already too late for Marnus, who was connected to an oxygen machine.

Loggenberg talked to Marnus for a while before he suddenly stopped breathing.

“I called the sisters two or three times and shouted he was not breathing. I should have gone out of the room while they were busy with him. He died shortly afterwards.

“I feel like a zombie and am already tired out from crying. I try to be strong for my other children,” said Loggenberg.

He leaves behind his mother and three brothers.

She will remember Marnus, who would have celebrated his 18th birthday in May, as a wonderful child who was always kind and loving and made jokes.

“He sang well and wanted to become an artist or DJ after school.”

“In January 2001, Marnus’ father also complained of headaches and also had seizures. He was also hospitalised and died a day later in the hospital.”

On the day of the funeral, Loggenberg found out she was pregnant with Marnus.

Marnus’ funeral was attended only by those who had been invited as per lockdown regulations.