19,000 vehicles stopped in Mpumalanga in May as interprovincial rush increases 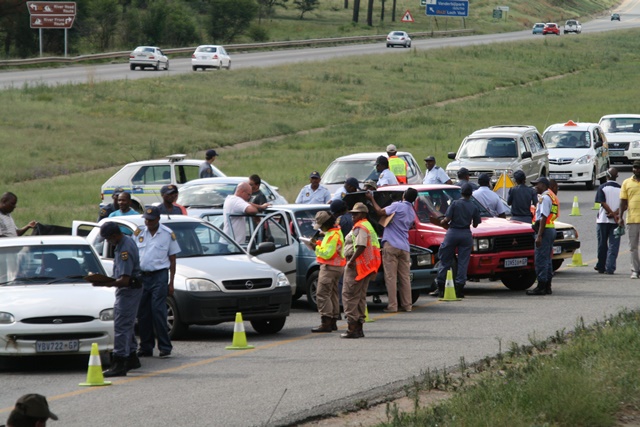 While Mpumalanga law enforcement officials have stopped more than 19,000 vehicles travelling between provinces since 1 May, traffic volumes are expected to increase on Thursday as most people are expected to attempt to rush to other provinces.

According to the Mpumalanga department of community safety, security and liaison, provincial traffic law enforcement officers, working with the police and members of the SANDF, stopped 19,207 vehicles between 1 and 5 May.

The period in which the movement of people between the provinces is allowed will end on Thursday, just before midnight. The arrangement was meant to allow people locked in provinces other than those they live in or work in, to return to their respective destinations.

“In line with the declaration by Cooperative Governance and Traditional Affairs Minister Ms Nkosazana Dlamini Zuma, the movement by people to other provinces was then permitted from 1 to 7 May,” said department spokesperson Moeti Mmusi.

“This means that from 8 May, interprovincial movement will be prohibited. This arrangement, along with easing of the lockdown to Level 4 and the returning of most people to work this week, [led to] increased traffic volumes on most roads in the province.”

Although there are about 14 law enforcement operations across the province, Mpumalanga MEC for community safety, security and liaison, Gabisile Tshabalala, has called on those who will be travelling to do so safely.

She reiterated a call to motorists to obey the rules and to abide by the provisions of the lockdown.

She also reminded those who wanted to travel to be aware that once they were in other provinces after 7 May, they would not be allowed to move across provinces again.

Tshabalala also appealed to taxi operators to ensure that passengers were not allowed in their vehicles without face masks.

“Government is working around the clock to curb the spread of Covid-19 and, in order for us to win, everyone must respect measures put in place to eradicate the pandemic. Therefore, those who disobey the law should face the consequences of their behaviour,” said Tshabalala.