eNCA anchors back on air following ‘review of policies’

Mngambi said the apology was initiated by the anchors and not by management. 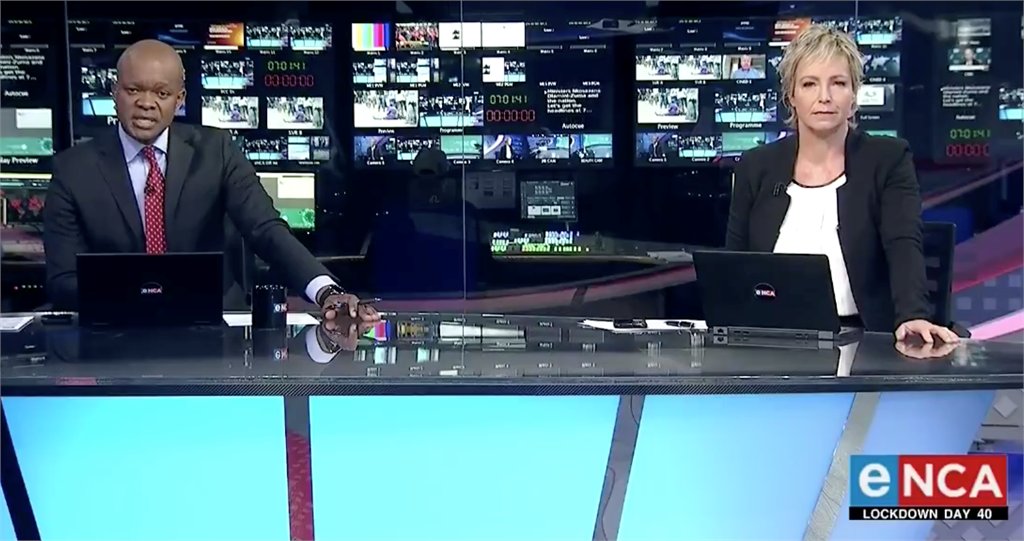 Co-anchors of eNCA’s The South African Morning Show, Jane Dutton and Xoli Mngambi, will be back on air at 6am on Monday, the channel announced on Saturday.

On Tuesday, Mngambi and Dutton issued an on-air apology for comments made during a broadcast the previous day which implied that Cooperative Governance and Traditional Affairs Minister Nkosazana Dlamini-Zuma had undermined President Cyril Ramaphosa’s authority when deciding to continue the ban on the sale of tobacco during level 4 of the national Covid-19 lockdown.

Mngambi and Dutton were not on air since Tuesday morning, but eNCA insisted that they were not suspended, News24 reported on Thursday.

In a statement issued on Saturday, eNCA MD Norman Ndivhuho Munzhelele said the organisation “appreciates how the views expressed by the news anchors on Monday … could have created general public conjecture”.

“As such, an internal review process was effected in line with the company’s internal policies. The review entailed gaining clarity on the opinion and subsequent apology made and whether editorial diligence had been exercised. Through this process our broadcast and editorial teams identified the need to reaffirm our editorial guidelines and policies.'”

Munzhelele added that the broadcaster took exception to and refrained from censorship.

“There has been much speculation around this issue. Xoli and Jane both confirmed that they had not been suspended at any stage during the review process,” Munzhelele said.

Dutton added that the engagement had been fair. Mngambi said the apology was initiated by the anchors and not by management.

The South African National Editors’ Forum (Sanef) said on Friday that it was perturbed about the developments at eNCA after the pair apologised for raising their views about the government’s continued cigarette ban.

“Sanef understands that, a few months ago, eNCA management introduced a requirement for its anchors to be more opinionated and to open their shows on social and political issues. So it seems that when Mngambi and Dutton aired their comments, they were not violating any internal policy.”

Munzhelele said the regular review of policies was “important to the operation and success of any organisation and even more so within a news context as our environment is an ever-changing one”.

“We found this engagement to be productive and successful.”