Dalindyebo sent all his ‘children’ to undergo DNA testing

The king has reportedly had suspicions over Azenathi's parentage for months, but now wonders if any of his offspring are really his.

Although his dispute with his eldest child Azenathi Dalindyebo has been highly publicised following a dispute over his paternity, reports have now emerged that King Buyelekhaya Dalindyebo is unsure of the paternity of all his children.

As a result, he has demanded that they all undergo DNA testing to determine their paternity.

It is unclear how many children he has.

“The king decided earlier this year to conduct DNA tests that will involve all his children, not only Azenathi. While he was still persuading [him] he got some tip-off from someone that has some information that seems to be very detailed which proved what some of [the] suspicions that king had about his son. He was convinced that he is not his son but he has now said that if he wants to further verify this, Azenathi can go for a DNA test, but there’s never been good cooperation from his [Azenathi’s] side,” said Ngonyama.

This comes a day after a letter addressed to the Thembu Nation from King Buyelekhaya’s office confirmed that the king had disowned Azenathi due to supposed confirmation that he was not the king’s biological son.

The pair have had a strained relationship since the king’s release from prison.

In addition to refusing to see Azenathi upon his release, the king was arrested in March after “going on the rampage” with an axe.

This came just months after he was released on early parole following a remission of sentence from President Cyril Ramaphosa.

According to the SABC and other sources, the king allegedly assaulted his family, including his “son”, the then acting king Azenathi Zanelizwe Dalindyebo, with “bushknives and an axe” and allegedly also vandalised the property.

According to City Press, Azenathi, who was ruling in his place at the time, jumped out of the window of the Great Place when his father arrived at the premises.

He was charged in the Bityi Magistrate’s Court with malicious damage to property and assault by threats. He was released on warning and was expected to appear again on 1 June. 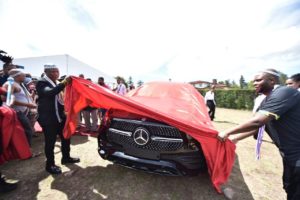 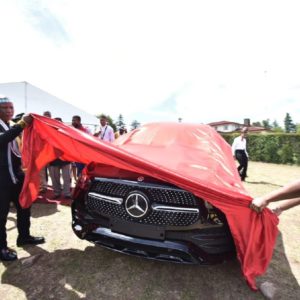