Presidency tried to shut us up, says advocate who wrote to Ramaphosa

'If there was proper oversight and scrutiny, we would have had a more rational, less damaging lockdown. This is why the Constitution matters,' said advocate Erin-Dianne Richards. 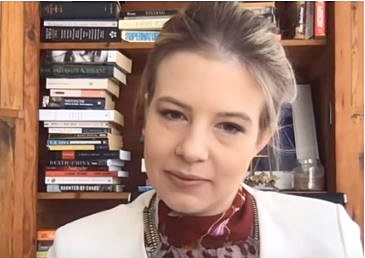 A lack of oversight weakens the ability to keep power in check, advocate Erin-Dianne Richards said on Wednesday.

“My concerns are an abuse of power manifesting at every angle and obviously the Constitution gives parliament [the power] to give oversight, there is definitely a compromise in oversight,” she said.

Richards was in conversation with Hermann Pretorius from the SA Institute of Race Relations in a webinar which sought to discuss the Covid-19 lockdown, liberty and law.

Richards and advocate Nazeer Cassim SC recently wrote to the Presidency to request clarity on the powers wielded by the National Coronavirus Command Council (NCCC).

The NCCC is in charge of government’s response to the global pandemic and the regulations implemented during the lockdown.

In a nine-page letter, the two advocates raised their concerns about the possible risks of constitutional and democratic malfunctioning.

“The letter has quite a long history – went out on 27 April – by that stage I had been researching for over six weeks. We were concerned that the debate on whether how the country was being run is constitutional, was dead. This propelled us into action,” she explained.

According to the advocate, to this day there were still no clear answers from the Presidency.

She said she was shocked by a letter by the Director General in the Presidency Dr Cassius Lubisi, who defended the establishment of the NCCC and lambasted the two advocates for “putting in jeopardy measures taken to save South African lives”.

“The response invoked the ire of my entire profession, it was tongue in cheek, it was sarcastic and provided no answers. It was a complete attempt, as I viewed it, to, excuse my language, shut us up. Our profession came out in mass support,” she said.

Richards said her interest in the council peaked when President Cyril Ramaphosa first announced it ahead of the lockdown, which was implemented at the end of March.

“Just assume that the command council is a concentration of 17 ministers, and they are making all the big decisions in the country and that parliament can’t exercise oversight. It means that there are 17 people calling the shots over millions of people.

“If there was proper oversight and scrutiny, we would have had a more rational, less damaging lockdown. This is why the Constitution matters,” she argued.

While both advocates have since elected “to extricate themselves from any potential litigation in their personal capacities against government”, government still faced litigation or a threat of legal action from some sectors of society who have questioned the rationality of some lockdown regulations.

Among them is the DA who is taking the government to court to challenge the validity of some aspects of the lockdown regulations, including the military-enforced night curfew, the ban on e-commerce and the restriction on exercise hours.

Richards noted that the question which arises from court actions is whether you attack one or all the regulations.

“To try and do it as a whole is difficult, but when you look at it individually it is difficult because you have regulations and directions being issued all over the place.

When probed on whether South Africa could be heading in the direction of governance through courts, Richards said: “We have a unique situation in South Africa where there is a separation of powers. Courts must stay in its lane and not interfere in executive powers. It must only apply the law”.