'Now is the time for sober assessment of a resilient white supremacy in our country, in the US and globally,' it added in a statement. 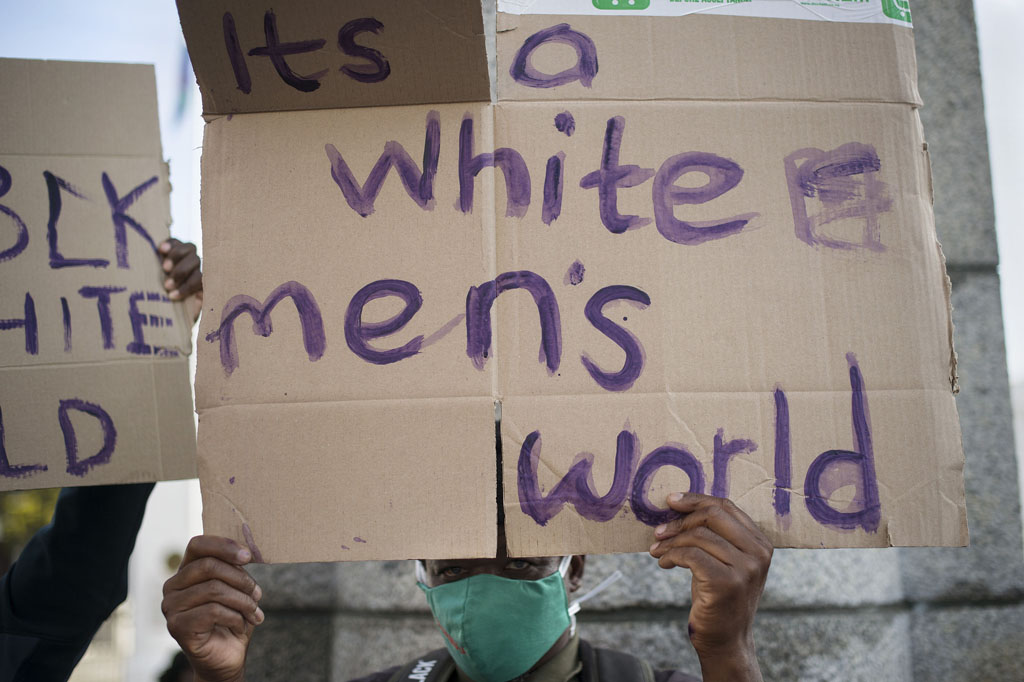 A protester holds up a placard during a protest against police violence, at the gates of the South African Parliament in Cape Town, on June 3, 2020. This protest is in solidarity with the Black Lives Matter movement in the United States of America (USA), and around the world following the death of George Floyd in police custody in Minneapolis. (Photo by RODGER BOSCH / AFP)

In South Africa, 26 years of democracy have not yet ensured that black lives matter as much as white ones, the Nelson Mandela Foundation (NMF) said on Thursday.

“Now is the time for sober assessment of a resilient white supremacy in our country, in the US and globally,” it added in a statement.

“We need to reckon with the fact that structural and other forms of violence will provoke violence. And we must face the reality that the ravages of Covid-19 will further entrench structural violence unless we fundamentally restructure our societies. It is time to apply our minds to this challenge. Black lives do matter.”

The foundation pointed out the most recent Independent Police Investigative Directorate (Ipid) report indicated 201 deaths in police custody, 436 as a result of police action, 217 reports of torture and 3,661 reports of assault by the police.

“The victims are almost always black people,” it said.

“And we must also factor in the structural violence against black lives constituted by patterns of poverty and inequality deeply rooted in our histories of colonialism and apartheid.”

The foundation said protests in response to the deaths of black people at the hands of the police or military, like George Floyd in the US, Collins Khosa back home and Adama Traore in France “speak to a growing rage across the globe at continued white supremacy and the use of state violence to support it”.

“As the case of South Africa demonstrates, such violence is to be found even in countries where black people hold the levers of government and of the state more broadly.

“As we have seen in South Africa during the democratic era, violent protest is often the result of a careful calculation by communities who have come to see that only such action elicits the desired response from the state.”

The foundation argued the use of violence could be “rational and carefully targeted as part of a strategy to counter structural and other forms of violence against black lives”.