Dippenaar does not believe that Cricket South Africa (CSA) or the Proteas should support BLM as a collective. 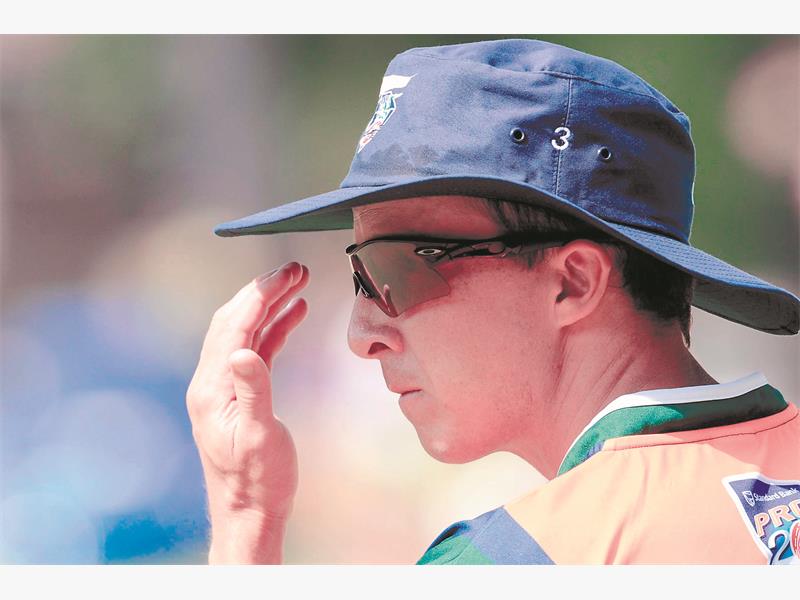 Former Proteas batsman Boeta Dippenaar stands by his highly-publicised criticism of the Black Lives Matter (BLM) organisation this week, arguing that it is a movement rooted in Marxism and that “all lives matter”.

Dippenaar and former Proteas spinner Pat Symcox drew significant criticism on social media on Thursday for their Facebook responses to an article in which current Proteas speedster, Lungi Ngidi, expressed the need for the Proteas to collectively show solidarity with BLM on the issue of racism.

“I am afraid to say ‘Black Lives Matter’ have become nothing more than leftist political movement. I would suggest that Lungi Ngidi listens a bit more to likes of Thomas Sowell, Larry Elder, Walter Williams and Milton Friedman,” Dippenaar wrote in a comments thread on the Facebook page of another former Protea in Rudi Steyn.

Speaking to Sport24 on Friday morning, Dippenaar was unmoved on his views.

“The idea was certainly not for it to end up going the way it did … but I stand by my view,” he said.

“I don’t think people take the trouble to do their research and the reading. I think the intentions around Black Lives Matter were probably noble in the beginning, but the views of its founding members are fundamentally Marxist. I encourage everyone to read more about them.”

Speaking directly on his message to Ngidi, Dippenaar said he would gladly apologise if he had misunderstood the 24-year-old.

“From what I could tell from the article I read, Lungi was leading a discussion to get the Proteas collectively to support Black Lives Matter as an organisation, and if I misunderstood that, I will happily apologise,” he said.

“What does it (BLM) really stand for? I posted my views and made it clear that, in my opinion, all lives matter.”

When asked if there was a need for a movement to highlight the plights facing black people both in the United States and globally, Dippenaar pointed to statistics out of the USA that suggested white people, relative to population size, were more likely to be killed by police.

“In South Africa during that time, we had the Collins Khosa case. Where was BLM then?” Dippenaar also posed.

Dippenaar, through his commentary work post-retirement, has met Ngidi and says he is a “lovely oke”.

Dippenaar does not believe, though, that Cricket South Africa (CSA) or the Proteas should support BLM as a collective.

“It’s a Marxist system that seeks to break down the very system of family that we are built on.”

When asked if there were any positive aspects to the BLM movement, Dippenaar responded: “Yes. The fact that they highlight the importance of lives. All lives should matter.”

In a press release sent to the media on Thursday evening, CSA stressed that the organisation was founded on the principles of non-racialism and inclusion.

“Black Lives Matter. It is as simple as that,” said Faul.

“As a national sporting body representing more than 56 million South Africans and with the privileged position of owning a platform as large as we do, it is of vital importance that we use our voice to educate and listen to others on topics involving all forms of discrimination.”

Sport24 also contacted Symcox on Friday morning, who opted against an interview.