A tragic figure with a gentle soul: Tributes pour in for Zindzi Mandela

'I have seldom met anyone with such tenacity of spirit,' said IFP founder Prince Mangosuthu Buthelezi. 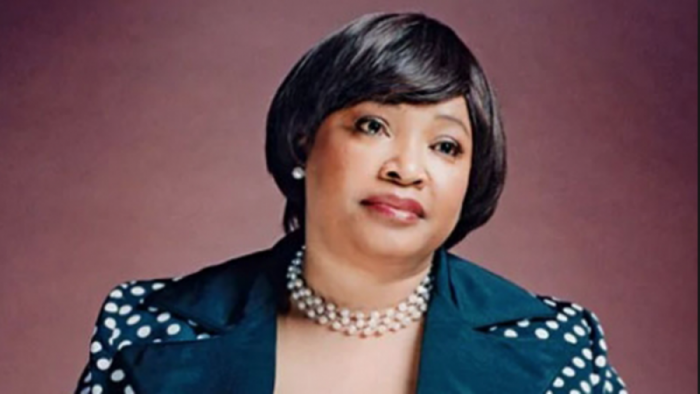 Ambassador Zindzi Mandela was a “tragic figure” who had a difficult life. Despite this, she was a gentle soul who took the place of her iconic mother, Winnie Madikizela-Mandela, after she died two years ago.

This is according to Human Settlements Minister Lindiwe Sisulu, who said Mandela’s death was devastating for the family.

“She was so full of life. She was alive. She was supportive of everyone,” Sisulu said.

Zindzi Mandela, who was South Africa’s ambassador to Denmark since 2015, died in the early hours of Monday in a Johannesburg hospital. She was 59.

In a statement, the ANC said Mandela dedicated their life to the struggle for the liberation of the people of South Africa.

The party added that Mandela was propelled to the forefront of the struggle against apartheid from an early age.

“She became the face of the Mandela family when both her parents where arrested and banished by the apartheid regime. She witnessed first-hand the brutality of the apartheid system and its repressive security forces. Ambassador Mandela will also be remembered for reading her jailed father president Nelson Mandela’s speech of 1985 at Soweto’s Jabulani Stadium rejecting PW Botha’s conditional offer to release him from prison.”

She died in the week when the country and the world are preparing to celebrate Nelson Mandela International Day on 18 July, the party said.

Sisulu said Zindzi Mandela’s life was a manifestation of how apartheid affected the children of those who fought for the liberation of South Africa.

“Her father went to jail when she was a kid and came out when she was an adult. Her mother was under banishing orders and jail,” Sisulu said.

She said Mandela was outspoken about her belief that the equality fought for in the struggle for liberation was not yet achieved.

“She was so like her mom and worked closely with her to make sure that her father and other political prisoners were freed. Our condolences to the family and may her soul rest in peace. My condolences to Zenani her sister, her children and the Mandela family. We are saddened by the sad news. Like her mum she was not afraid to speak her mind,” Holomisa said.

IFP founder Prince Mangosuthu Buthelezi also conveyed his condolences to the Mandela family, and said it was painful to know he would not be able to mourn her death properly.

He said: “As a friend of her late parents, I have known Zindziswa all her life and I have the greatest respect for the choice she made to serve our country. She honoured the legacy of our first democratic President and continued the legacy of the mother of our nation. Yet she was an individual and a leader in her own right.

“I have seldom met anyone with such tenacity of spirit. Zindziswa endured tremendous heartache in her childhood, being separated from her father and often also from her mother. Yet she grew up to have a fierce love of country, where she could so easily have harboured hatred.”