The dam hovered under the neutral 50% mark for a number of months now as shown by the levels of 61.3% at which it stood during the same week last year. 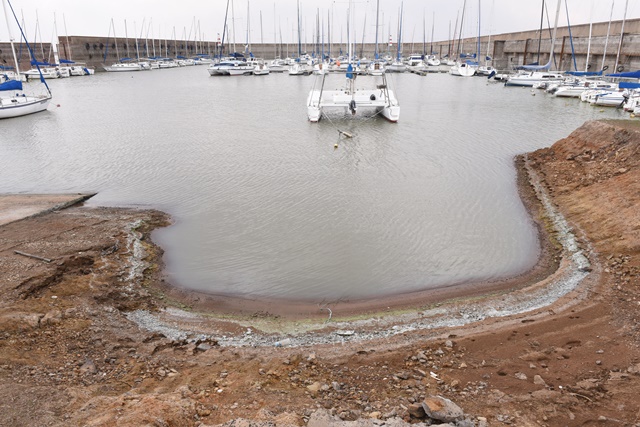 The Vaal Dam, as seen in October 2019. Picture: Nigel Sibanda

The Vaal Dam has declined further this week, reaching unprecedented lower levels that are the worst in as many years, as it continues to dramatically fall week-on-week, the Vaal Weekblad reports.

“This week, the dam fell from 39.6% last week to 38.8% this week. The dam hovered under the neutral 50% mark for a number of months now as shown by the levels of 61.3% at which it stood during the same week last year,” the Department of Water and Sanitation said in a statement.

“Similarly, the Grootdraai Dam recorded a fall to 79.4% this week after it dropped from 79.9% last week. Despite the fall, the present levels of the dam remain higher when compared to last year during the same time when they stood at 62.9%.”

The levels of the Bloemhof Dam are above average this week at 96.5%. This is despite the decrease from last week’s levels of 98.2%. During the preceding year at the same time, the dam floated at 96.7%, showing that the dam has been in a healthy state for a number of months up until now.

In the Free State, the Sterkfontein Dam is stagnant this week, remaining at 93.9% for the second consecutive week. In the comparative period last year, it was equally strong at 92.2%.

The Mohale Dam in Lesotho is in a severely shrivelled state as it looks set to continue to remain in a concerning position. Presently, the dam stands at 6.2% following its fall from last week’s 6.7%. In the same week last year, the dam was at 33.1%.

Moving in the direction of the Mohale Dam is the Katse Dam, which is also in Lesotho. This week, the dam took a further knock from a lowly 28.7% last week to 27.7%. The dam persists hovering under the 50% mark and has not made any improvement from last year at the same time when it was at 18.2%.

Meanwhile, the Integrated Vaal River System (IVRS), which consists of 14 dams including the iconic Vaal Dam, has seen a drop this week. It fell from 61.8% last week to this week’s 60.8%. These present levels are lower compared to the 67.0% the dam reached in the same week last year.

This article first appeared on Vaal Weekblad and has been republished with permission.