Minister concedes that the destruction of rail infrastructure was extensive, which will cost at least R4 billion to repair. 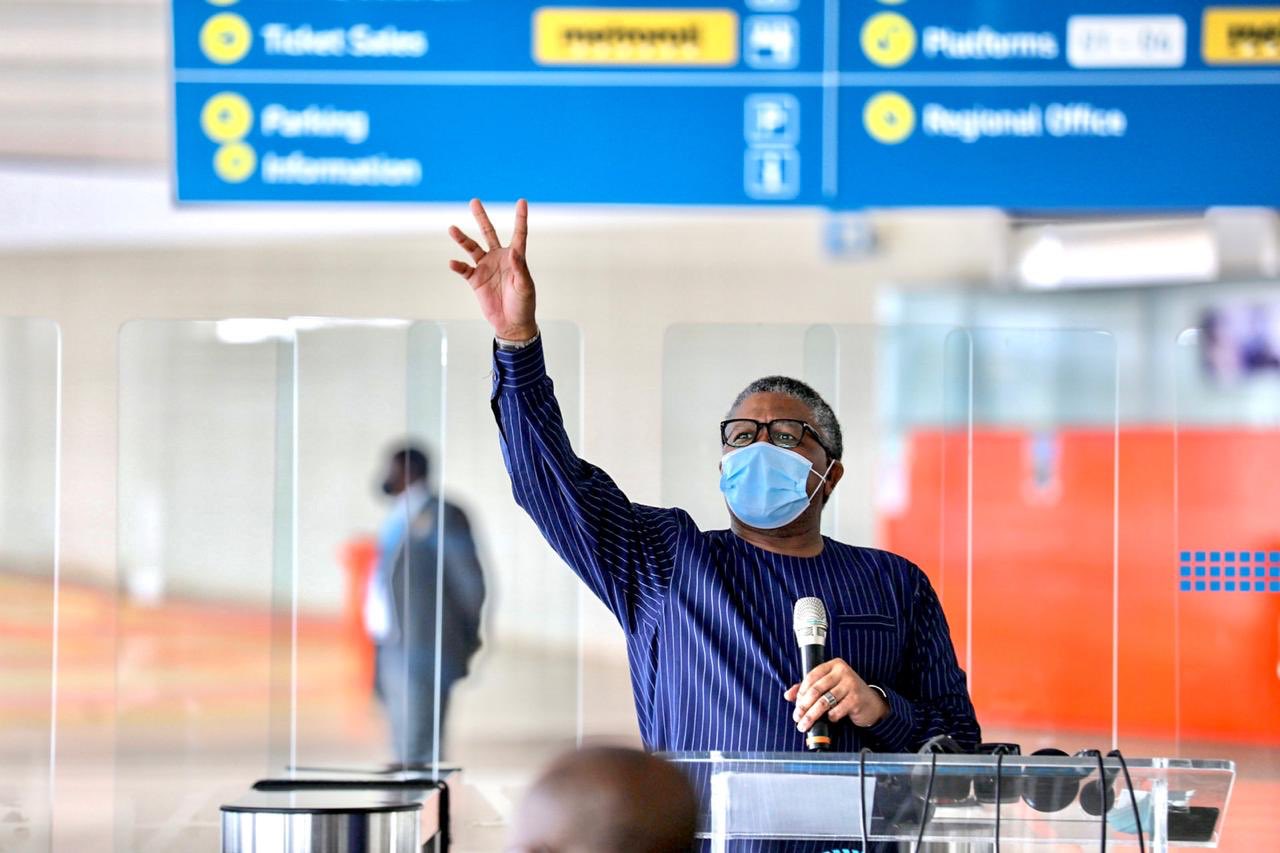 In a series of tweets, Transport Minister Fikile Mbalula has come out to defend himself and slam those accusing him of being responsible for the “collapse” of the country’s train services and stations, which remains in poor condition.

This comes after Umkhonto we Sizwe Military Veterans Association (MKMVA) has been calling for the arrest of Mbalula over the matter.

The MKMVA planned to march to the ANC’s headquarters Luthuli House on Monday to raise its concerns over the matter.

The military vets have also engaged in demonstrations in “defense of its people, freedoms, and the future” after claiming that the ANC government was failing in its duty to effectively run the country.

MKMVA Joburg region still stands on the infrastructure of Metrorail being Vandalised on the watch of Minister Mbalula and the board. pic.twitter.com/2ygVc9pkl3

Mbalula has since come out to seemingly describe the MKMVA as “thugs”, which was condemned by ANC veteran Carl Niehaus.

Those thugs calling themselves Mk .

The minister defended himself, claiming that he put a stop to those “milking Prasa” amid the scandals that overshadowed the railway company over the years.

“Prasa was your milking cow, I have closed the taps [and] that is my sin. You used to do as wish with fake security companies,” he said.

Prasa was your milking cow, I have closed the taps that is my sin. You used to do as wish with fake security companies. NINYILE

To be Umkhonto weSizwe was signature for DEATH today cowards AND SUSPECTED CRIMINALS ARE CALLING THEMSELVES.

Last month, Mbalula had conceded that it was “ineptness” in running the Passenger Rail Agency of SA (Prasa) that led to the extensive pillaging and destruction of railway infrastructure that will cost at least R4 billion to repair.

An adamant United National Transport Union said there was no hope for Prasa as “there was no political will to rescue the agency, with bold plans, but no action”.

Meanwhile, a security manager at Prasa, who visited various stations this year, said the extent of the damage at these stations was horrifying.

The official said Cape Town’s central line, has been stripped of everything, with overhead cables, ground copper cables and other equipment ripped off.

“Offices in stations were broken into, expensive equipment smashed, and furniture broken down. The last time the line was operational was in October last year and plans were to open it after lockdown but the damage is so extensive that it is hopeless,” the senior official said.