Meanwhile, the situation in the shelters appeared to be dire. IFP MP Liezl van der Merwe said she visited both sites, and found no social distancing, wearing of masks and other measures to prevent Covid-19. 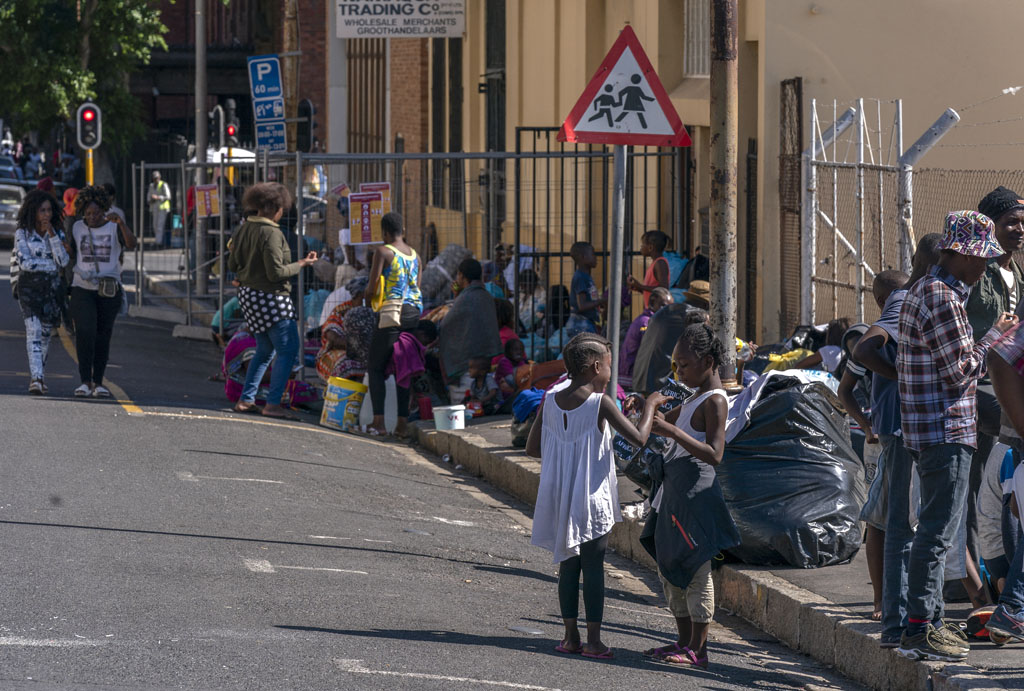 Home Affairs and the City of Cape Town are engaged in a blame game over who should shoulder the responsibility for the repatriation or deportation of refugees and asylum seekers who have been left in limbo.

In the meantime, the accommodation of the refugees and asylum seekers, appeared to be another bone of contention.

On Tuesday, the portfolio committee on Home Affairs was briefed on the reintegration or deportation of refugees and asylum seekers who, in October last year, staged a protest outside the offices of the United Nations High Commission for Refugees and lived in and around the Central Methodist Church on Greenmarket Square in the city centre.

The people wanted to leave South Africa out of fear of xenophobic violence, but did not want to be repatriated to their countries of origin. Canada appeared to be their favoured destination.

However, they only had two options, reintegration into South African communities, or repatriation.

After the outbreak of Covid-19, the refugees and asylum seekers were taken to two places of shelter, Wingfield air force base and Paint City, Bellville, after initial difficulties in finding suitable sites due to what appeared to be intergovernmental squabbles.

When the committee met in March, they gave the stakeholders, chief among them the City and Home Affairs, 30 days to agree on an action plan on when the people would either be documented, repatriated or deported, depending on the situation.

Such a plan had been drafted, but was yet to be implemented.

While the Covid-19 pandemic was a spanner in the works, the City and department’s tug-of-war appeared to be the biggest stumbling block.

On Tuesday, the UNHCR, South African Human Rights Commission (SAHRC), City of Cape Town and department made presentations to the committee. A similar meeting in early September was postponed when only the UNHCR bothered to provide a presentation on time.

The City of Cape Town, through mayoral committee member for safety and security JP Smith and Antoinette Markram from the City’s legal department, said it was not within the legal mandate of the City and that refugees and asylum seekers remained the responsibility of the department.

Home Affairs Minister Aaron Motsoaledi said the people were moved to the shelters in terms of the regulations under the Disaster Management Act, and therefore the City must comply.

Motsoaledi said he was informed by Treasury that the department may not incur expenditure outside of its mandate.

According to Smith, the biggest stumbling block to the resolution of the situation was the department’s failure to attend stakeholder meetings.

Motsoaledi denied they had failed to attend meetings, and accused the City of being uncooperative, but added that the department had a good working relationship with the Western Cape government.

The committee was not impressed with the lack of cooperation and intended to have oversight visits to Wingfield and Paint City.

“It is unacceptable that, to this day, when we should be looking at concluding the matter and finding solutions, there are no collective decisions but bickering and finger-pointing and continuing disputes about the mandate of the different spheres of government,” said committee chairperson Bongani Bongo in a statement released after the meeting.

Bongo said: “The bickering undermines the spirit of sections 40 and 41 of the Constitution, as well as the provisions of the Intergovernmental Relations Framework Act. It is unacceptable that since 8 March this year when the committee took a resolution for reintegration, there has not been a tangible movement towards a conclusion.”

Meanwhile, the situation in the shelters appeared to be dire. IFP MP Liezl van der Merwe said she visited both sites, and found no social distancing, wearing of masks and other measures to prevent Covid-19.

Galant described the group staying at Paint City as “belligerent” as they refused to work with government and that supporters of assault-accused JP Balous had taken over control of access to the site.

Initially, the City moved about 400 people to Wingfield, where it provided tents, food and water. There were now more than 700 people at the site.

The police moved the people who lived at the church to Paint City.

“The people who were removed from the church were approximately 550. It has now been reported that since the asylum seekers and refugees are being fed on a daily basis, the number has increased to more than 1,000,” said Motsoaledi. 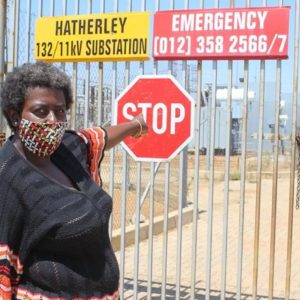